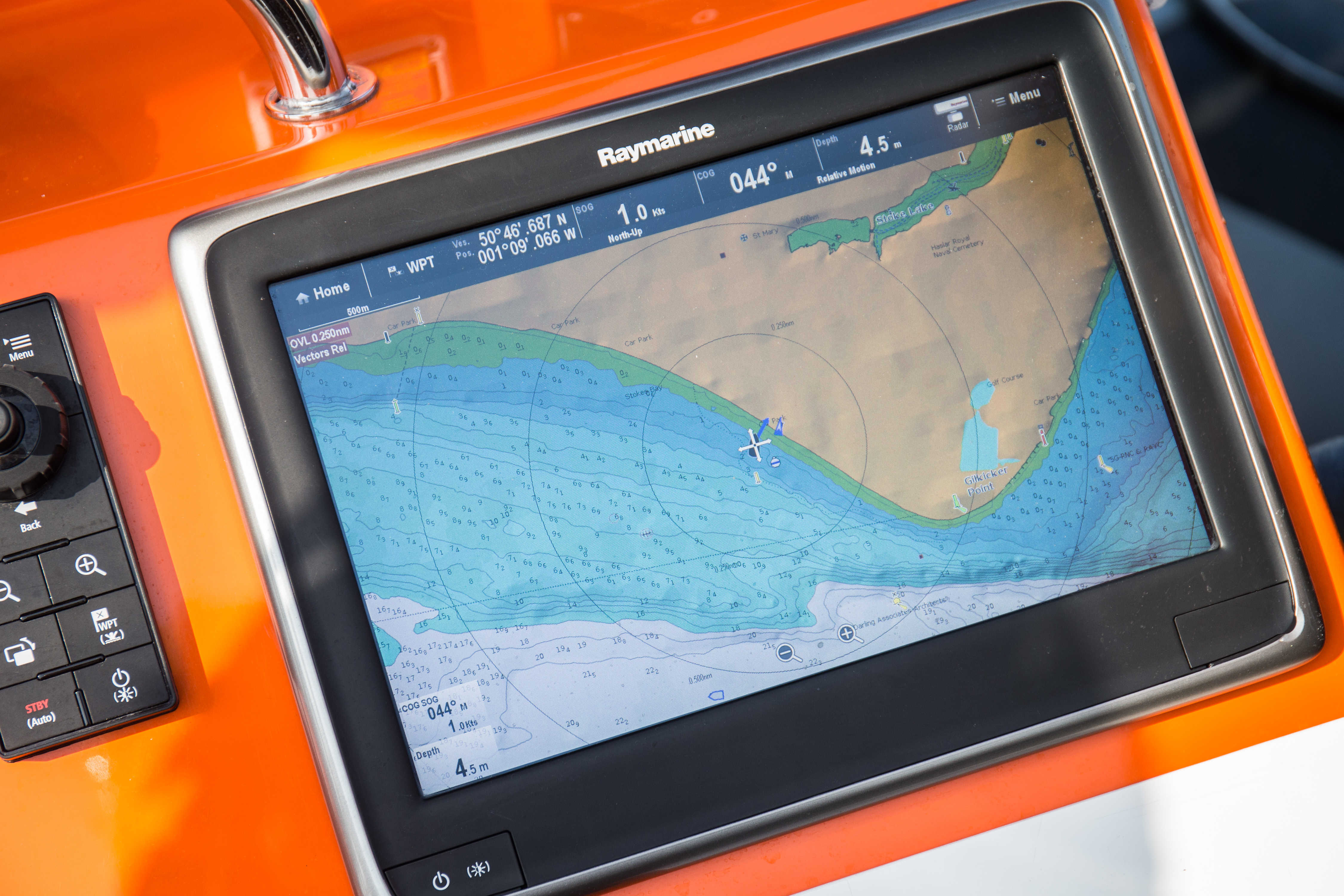 Posted at 16:51h in News by James Baggott
Share

The independent lifeboat, based at Stokes Bay, Gosport, was first tasked by UK Coastguard to assist a 26ft vessel drifting in Portchester Creek, at around 2pm.

GAFIRS coxswain Peter Brown said: ‘When we arrived we found the vessel to be dragging an anchor on a lee shore at Portchester lake with the MOD police launch assisting.

‘We placed a crewman on board the vessel, which had suffered engine troubles and lost power, and was drifting onto the shallows. My crewman helped connect a tow and we pulled the cabin cruiser into deeper water and back to her berth in Fareham Creek.’

No sooner had Gosport lifeboat finished assisting this casualty vessel did UK Coastguard call upon the volunteer service to assist another boat in trouble.

‘This time we were tasked to head to Wicor Marine to a blue and white dinghy adrift and being blown ashore at Bedenham,’ added Mr Brown. Gosport lifeboat’s crew found the vessel, which had no sign of recent occupation, and towed it from the shallows and handed it over to Wicor Marine staff.

Then, at 5pm, Gosport lifeboat was tasked to a Mayday call from a 45ft yacht which had suffered engine failure and was aground in Porchester Lake.

Mr Brown added: ‘Using a long tow we pulled the yacht off the bank, checked to see no damage had been done to the hull or keel after the initial grounding and then helped recover the yacht to safety at Port Solent Marina.

‘It was a busy and long day for my crew and I but we’re delighted we could assist and help these vessels return to safety.’