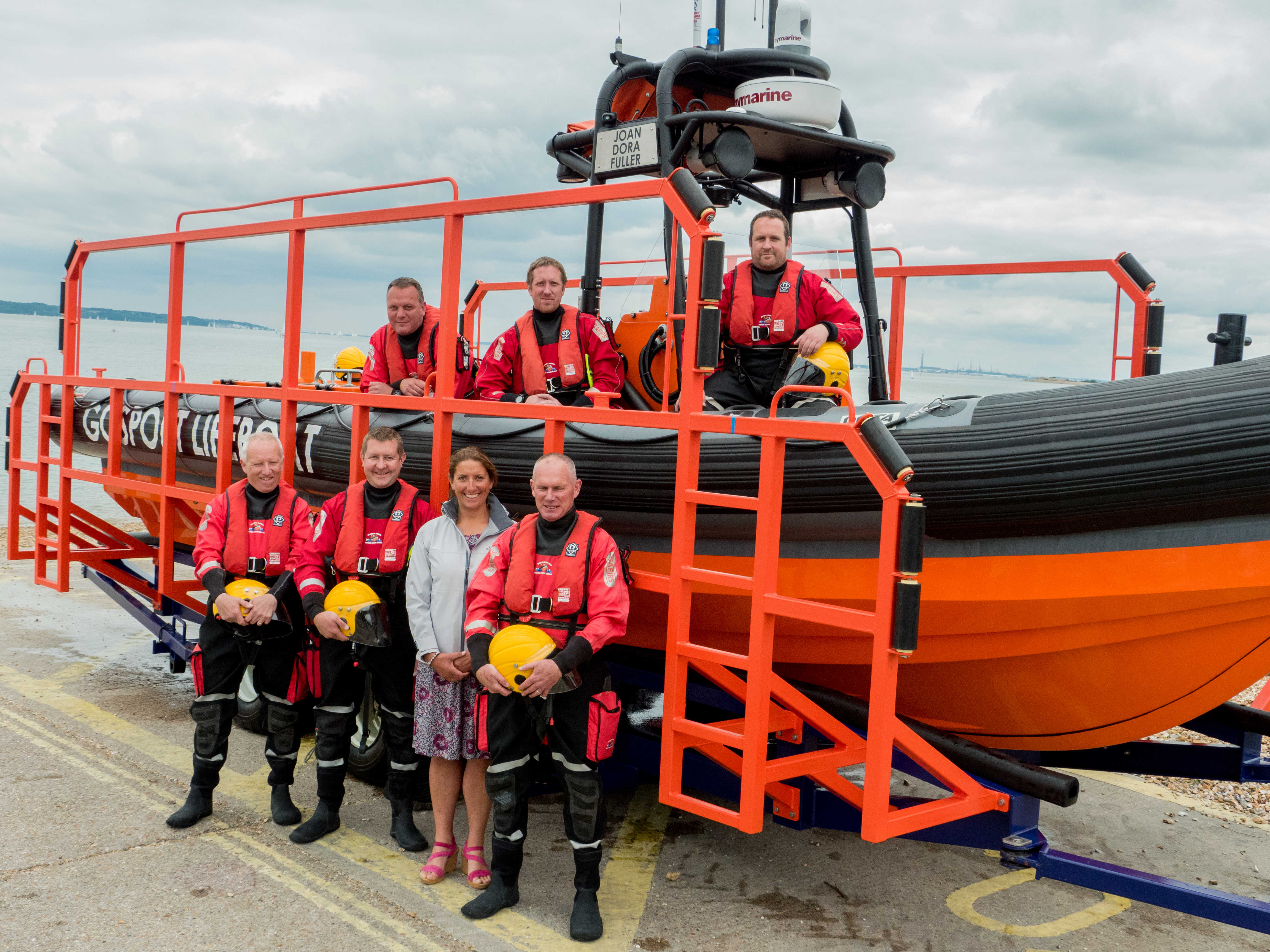 Posted at 13:09h in News by James Baggott
Share

Caffari celebrated the naming of the Joan Dora Fuller, the rescue service’s 9m RIB, and the Ian Fuller, GAFIRS’ smaller 4.8m RIB, by spraying the two new lifeboats with champagne. 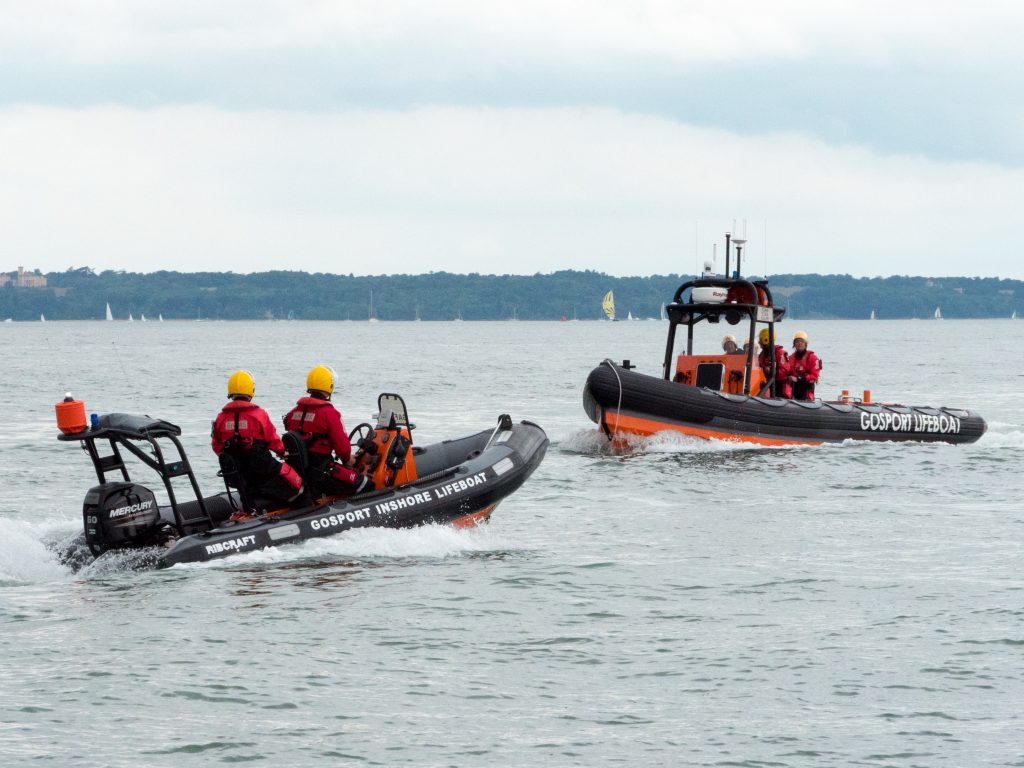 The ceremony, held at GAFIRS’ Stokes Bay headquarters, Gosport, was attended by the mayors of Gosport and Fareham, as well as Roy West, a close friend of the Fuller family who bequeathed the money to pay for the new boats.

Here's a little look at our new boats in action on the water pic.twitter.com/FGEphgSAkS

GAFIRS chairman Keith Thomas said: ‘Brian Fuller left GAFIRS a legacy in his will with specific instructions that it was used to pay for a new lifeboat and named after his wife, Joan. His legacy was so generous that we managed to pay for two new lifeboats.’ 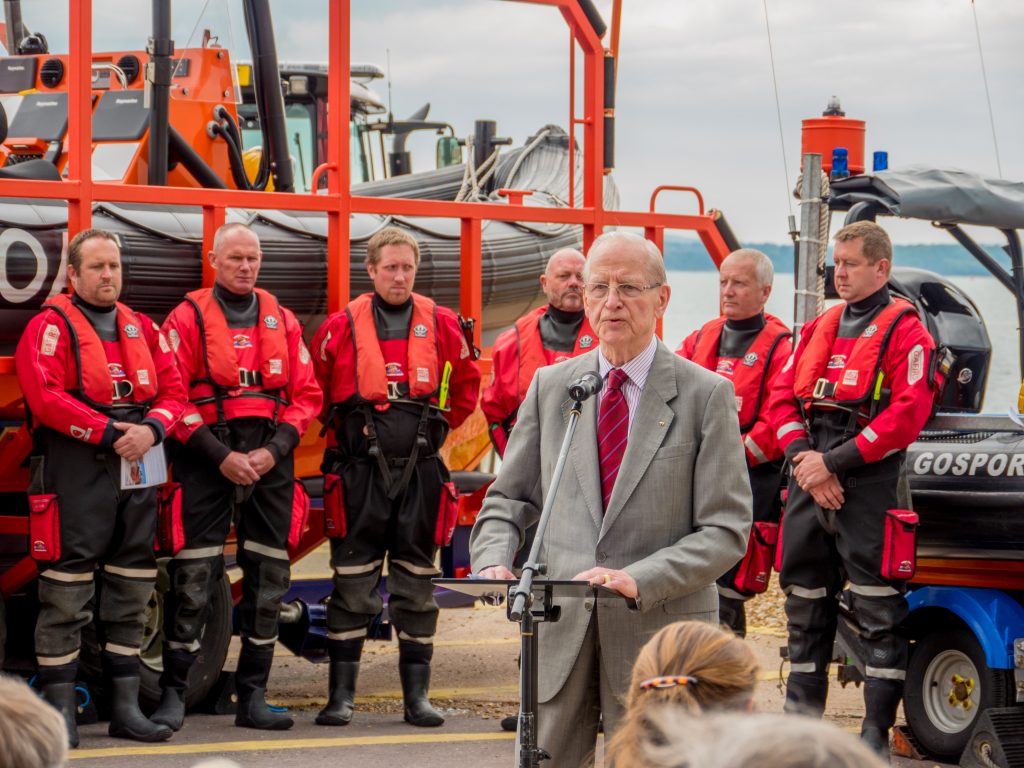 Roy West speaks to the crowd at the naming ceremony

At the ceremony, Mr West said: ‘I am sure that Brian, who was a family man, would love to see the name of his wife and son on these boats at sea on missions. The launch ceremony was really nice and it is a great group of people who volunteer for GAFIRS.’

Our patron @deecaffari sprays our two new lifeboats with champagne to mark their official launch pic.twitter.com/TdSe5IRydy

The naming ceremony was led by speeches from Mr Thomas, Mr West and GAFIRS president John Lee, before the champagne was let loose. 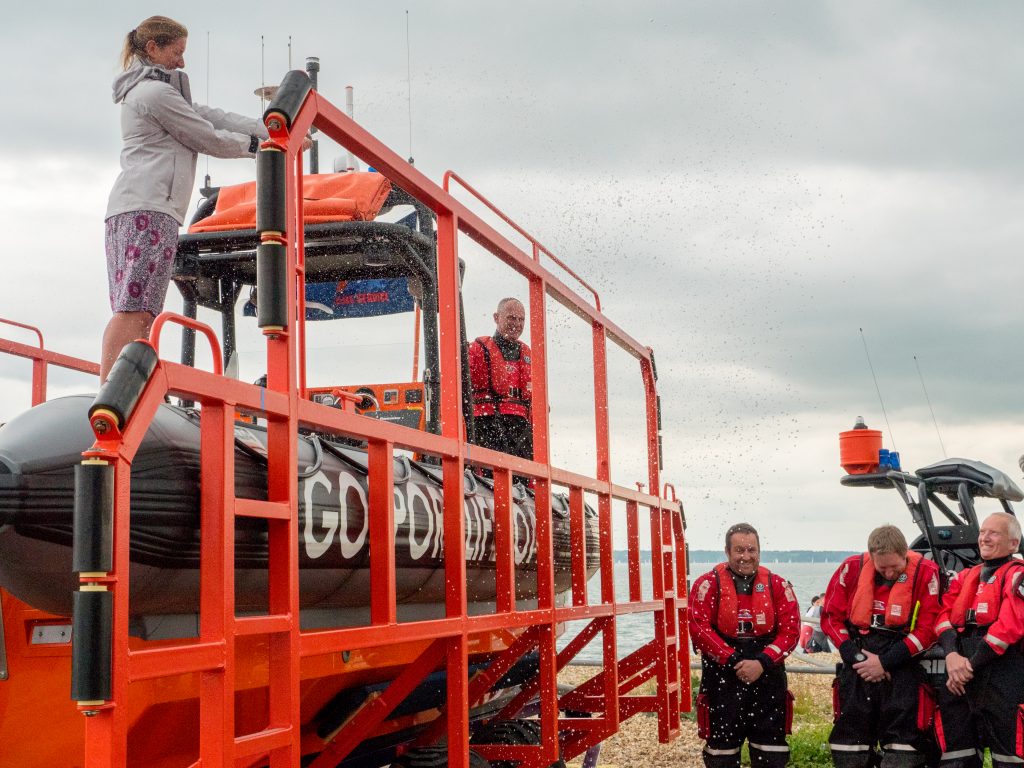 Dee Caffari said: ‘I’m very proud to be the patron of GAFIRS. The Solent is my playground, so to have the reassurance of the work GAFIRS do and knowing that should the worst happen that I’m in good hands is very comforting.

‘Today we’ve launched two lifeboats, which for an independent station like GAFIRS is quite outstanding. Knowing that these two boats are now keeping the waters safe in the Solent with such exceptional crews is fantastic.’

Fantastic turn out for our new lifeboat's official launch pic.twitter.com/4KNb4Fr1Q0