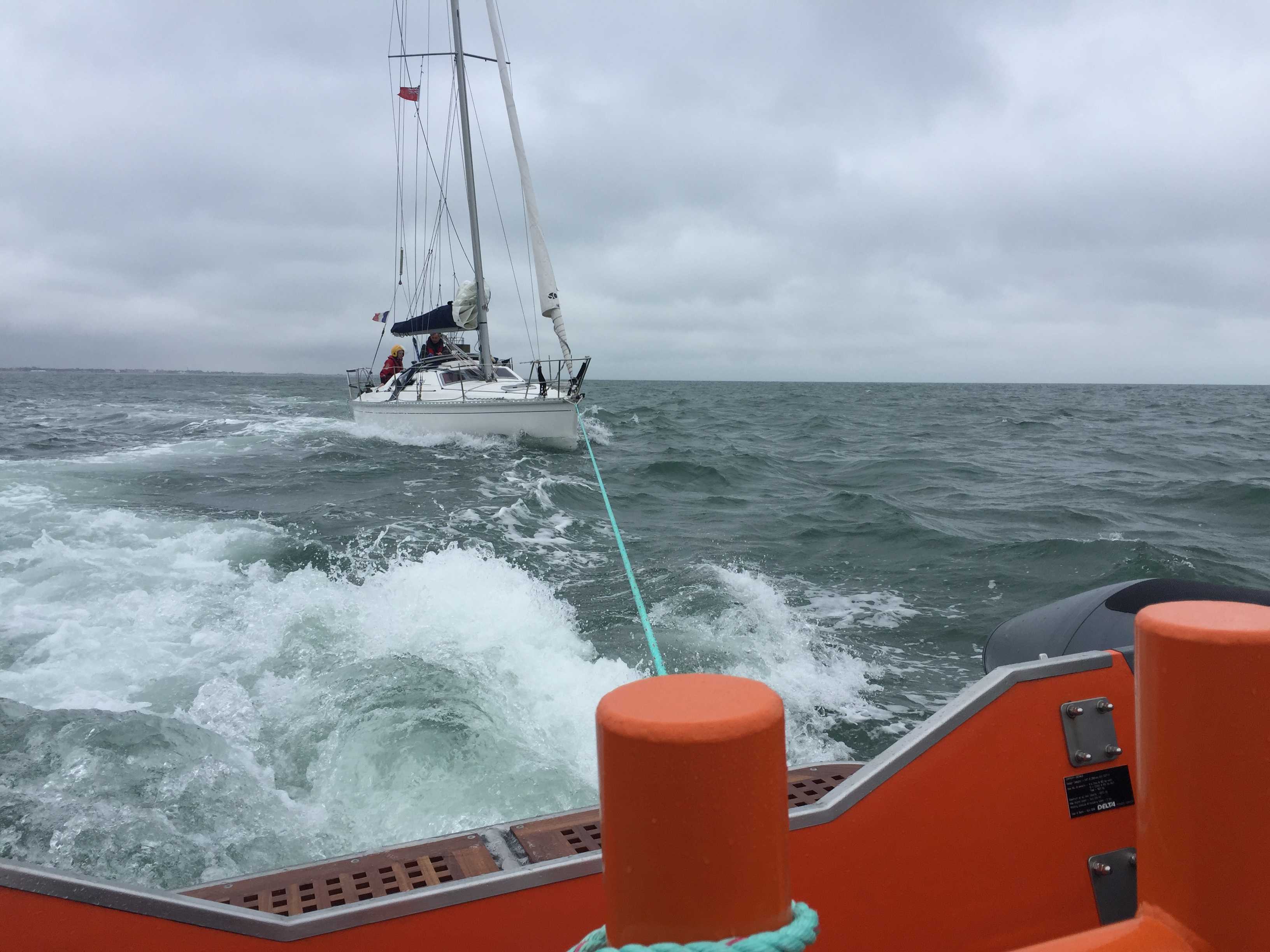 Posted at 10:47h in News by James Baggott
Share

GAFIRS rescuers were called to assist two yachts in distress on Sunday after one ran aground and another hit the submarine barrier in The Solent.

Volunteer lifeboat crew from Gosport & Fareham Inshore Rescue Service were first deployed by UK Coastguard to assist a vessel which had run aground on Ryde Sands and dialed 999 at 4pm.

The 33ft yacht, with two people on board, was listing at a 45-degree angle after hitting the sand bank in a falling tide.

GAFIRS coxswain Brian Pack said: ‘We sent a crew member to investigate the situation and found the crew of the casualty vessel were safe and well. They were happy to wait for the tide to rise and attempt to refloat themselves.

‘While we were dealing with this situation we were tasked to another emergency after a yacht hit the submarine barrier off Southsea and issued a Mayday distress call.’

Gosport lifeboat was on the scene within minutes and placed a member of crew on the casualty vessel, which had two people on board and had sailed across the Channel from France.

Mr Pack added: ‘The yacht lost steering after hitting the barrier and was in a precarious place. We quickly towed the vessel to safer water and then on to Haslar Marina in Portsmouth Harbour.’

Once the French yacht was safely alongside, Gosport lifeboat was making its way back to its Stokes Bay base when UK Coastguard re-tasked the rescuers to the yacht stuck at Ryde.

‘We waited with the casualty vessel for the tide to rise and then when there was enough water we towed them free,’ said Mr Pack.

‘My crew member made sure their engines started and helped them navigate to Portsmouth Harbour. They were very grateful for our assistance.’

In total the two operations lasted more than four hours.