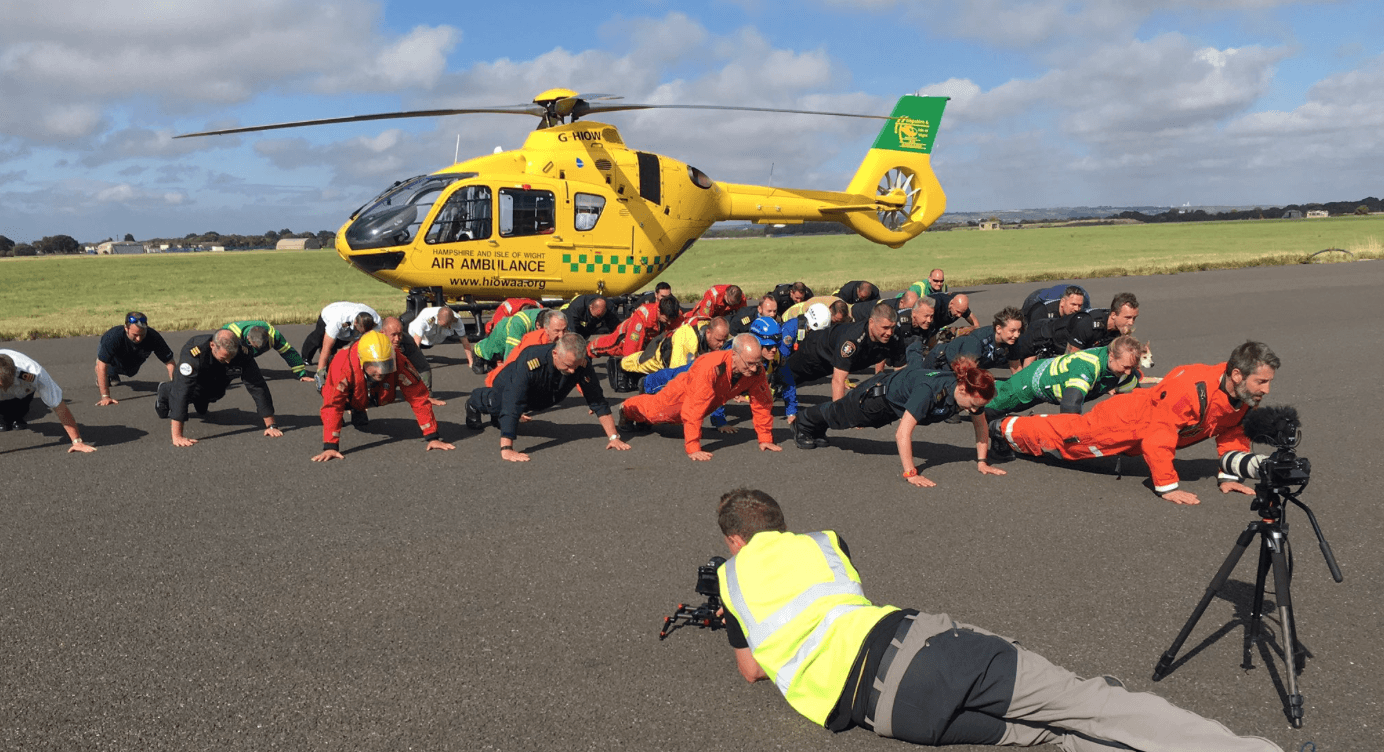 Posted at 09:37h in News by James Baggott
Share

Gosport and Fareham Inshore Rescue Service (GAFIRS) crew took part in the making of a special viral video to raise awareness of a charity campaign.

The video – organised by Andy Elwood, a paramedic crewman of the Coastguard 104 rescue helicopter – is designed to highlight Post Traumatic Stress Disorder. It sees a number of 999 emergency services join forces to perform 22 press ups. The It’s Ok To Talk campaign has seen Andy complete 22 press ups everyday of August in a variety of different places.

He’s carried out the exercise in a variety of places, including on board an Isle of Wight ferry…

…on top of the Needles lighthouse

…and with Coastguard 104 hovering in the background.

But for his final day of the challenge he asked GAFIRS crews and other emergency services to take part in the finale at Lee-on-the-Solent.

Chris said: ‘We were delighted to be a part of this vital campaign. We are proud to work so closely with local emergency services and to be able to be part of this brilliant video was a pleasure.’