Hundreds take chilly swim in The Solent for charity 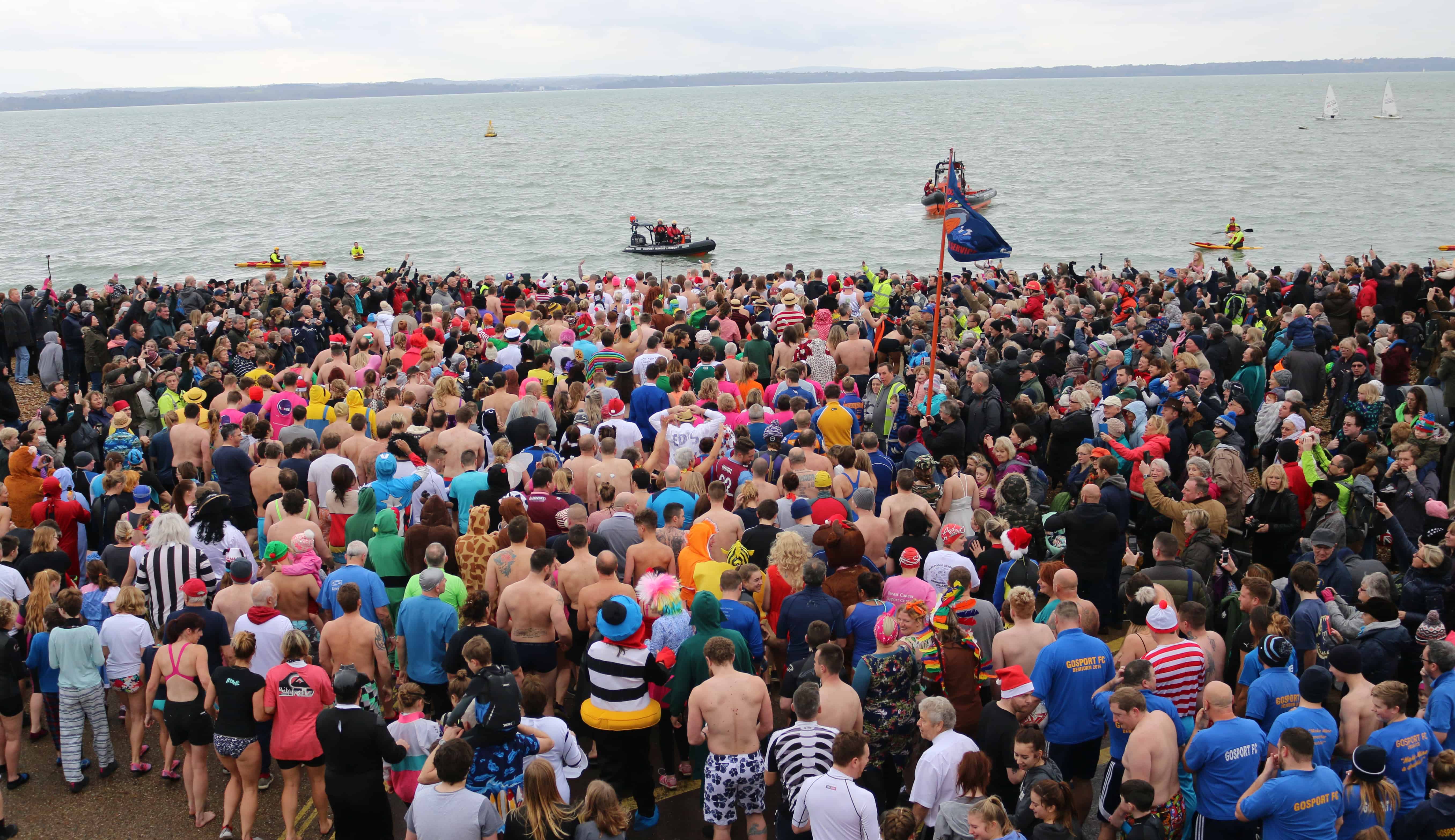 01 Jan Hundreds take chilly swim in The Solent for charity

Posted at 16:22h in News by James Baggott
Share

Teenage Mutant Hero Turtles, Where’s Wally, a caveman, a Christmas Pudding and countless jockeys joined more than 500 other swimmers taking a chilly plunge in The Solent on New Year’s Day.

The Gosport & Fareham Inshore Rescue Service New Year’s Day Swim was the most popular ever held by the charity with some 531 brave bathers taking a dip in the sea. 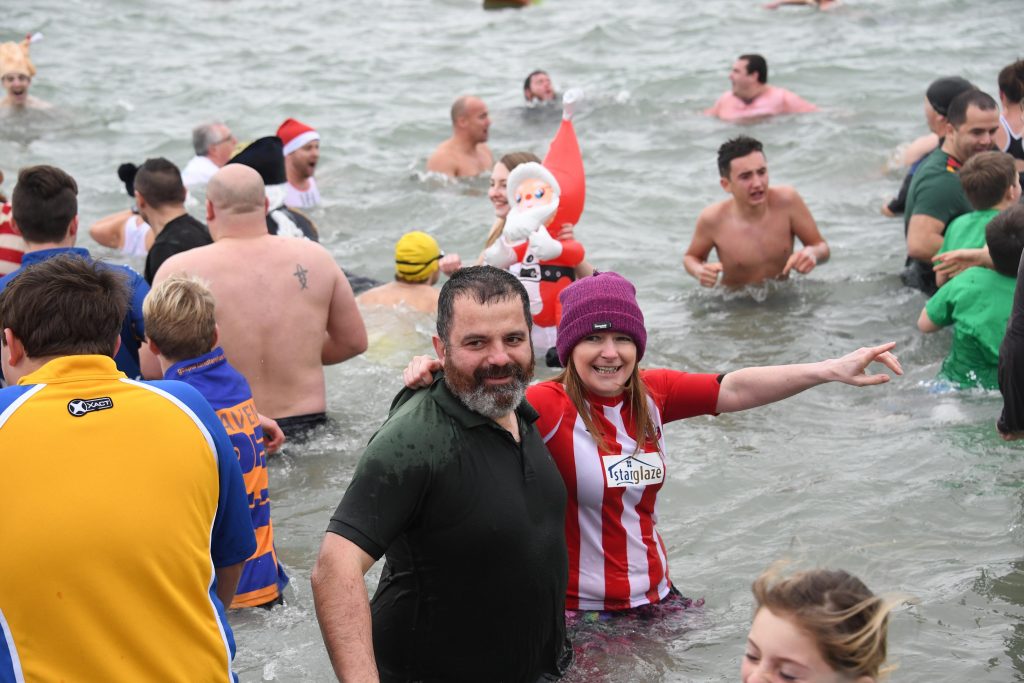 The swimmers raised money for GAFIRS, Gosport’s independent lifeboat station, as well as 21 other charities.

GAFIRS chairman Keith Thomas said: “It was certainly a chilly dip for those swimmers that took the plunge, but the smiling faces on those taking part makes it all worthwhile.

“This year was our most popular swim ever with more than 500 taking to the water. We are delighted so many chose to raise money for GAFIRS, their local independent lifeboat, and support so many other great causes too.” 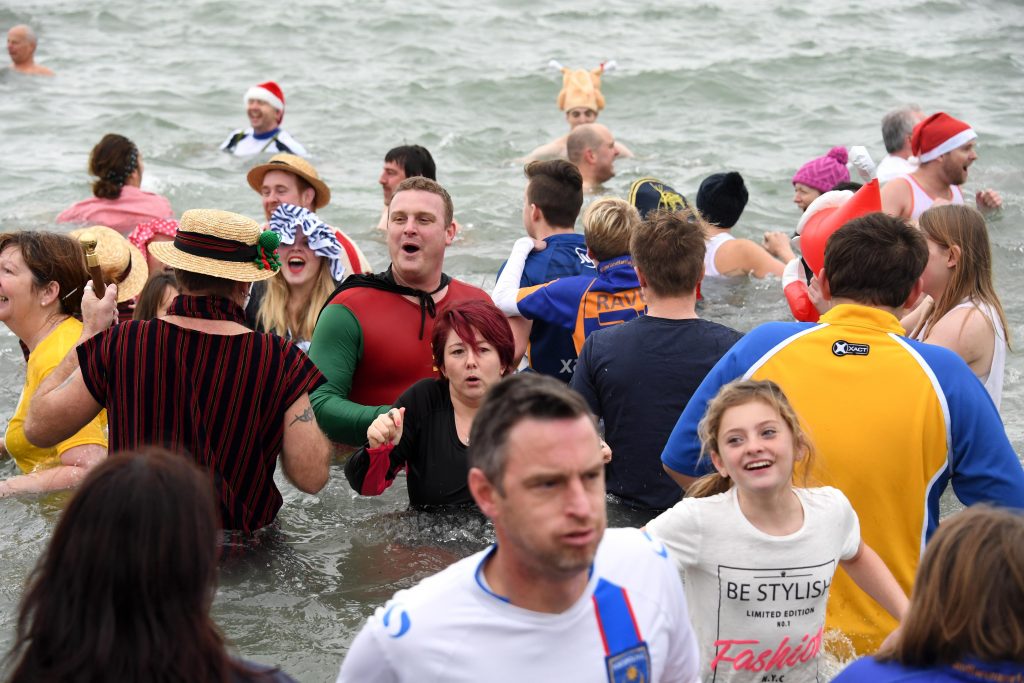 The swimmers, many of whom were wearing wacky fancy dress costumes, were watched by around 2,000 spectators.

Before they dived in, Gosport independent lifeboat, the Joan Dora Fuller, Gosport inshore lifeboat, the Ian Fuller, and the Coastguard helicopter, Rescue 104, carried out a training exercise to showcase their work.

Watch more than 531 brave New Year's Day swimmers take a plunge for charity. Thanks to all those who raised money for charities today! pic.twitter.com/4gyhbDgX54

One swimmer, Nicola Goulder and 10 of her friends (pictured below), took to the water moments later in aid of “Leah’s Lifeline”, a cause raising money for sick Leah Boxall who needs £60,000 to travel to Spain for a lifesaving operation. 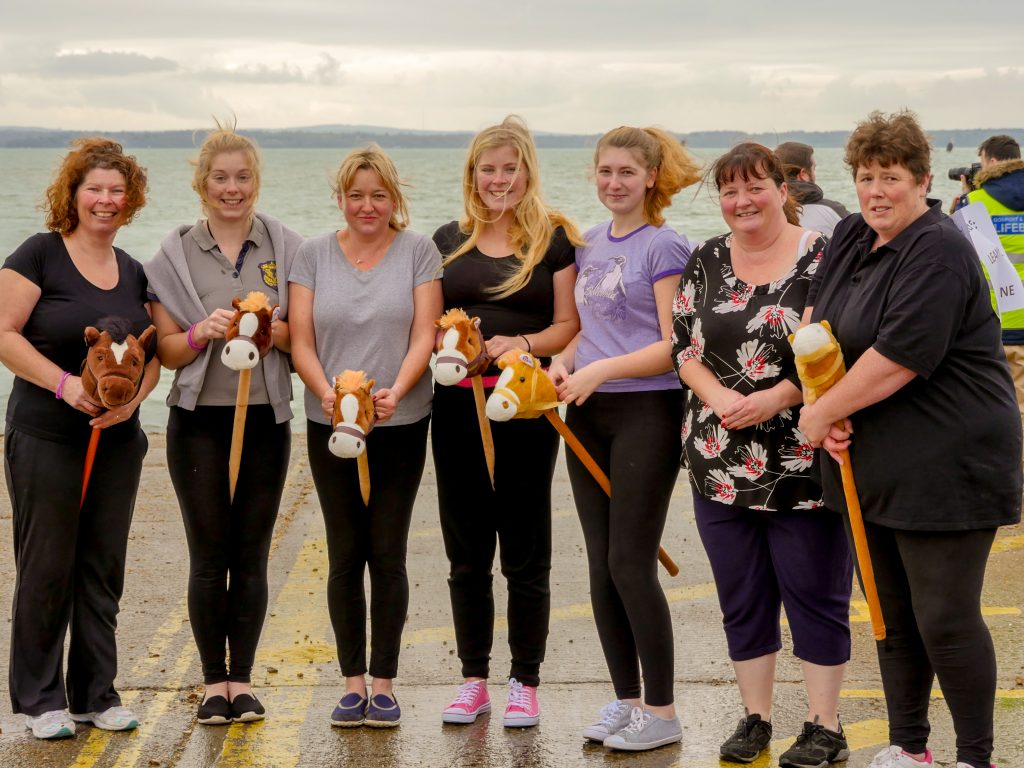 Mrs Goulder said: “My word that was cold, but it was well worth the effort. We have raised £400 by taking the dip which will help Leah on her way to that grand total she needs to get to Spain for a vital operation.” 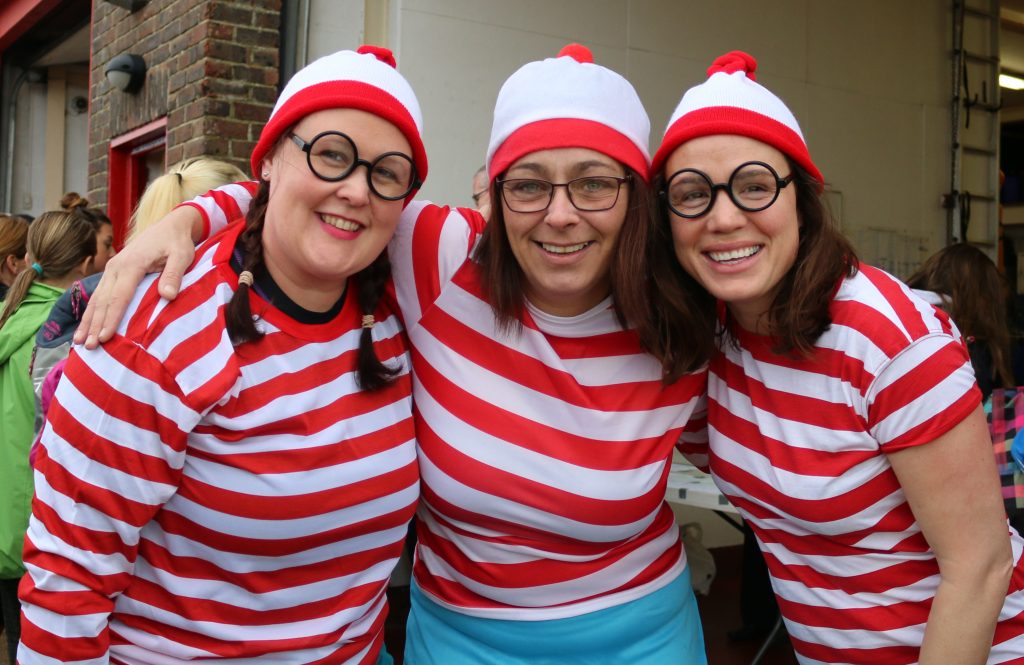 Another swimmer, Helen Crofts (above, left), who was raising money for GAFIRS with two of her friends, said: “I can’t believe how cold the water was, but it was a great way to see in the New Year and raise some money for our local lifeboat which does such great work.”

In total, GAFIRS collected an impressive £2,858.30 on the day, while local pubs The Fighting Cocks and Seahorse added £521.40 to that total by offering swimmers food and drinks in exchange for a donation. 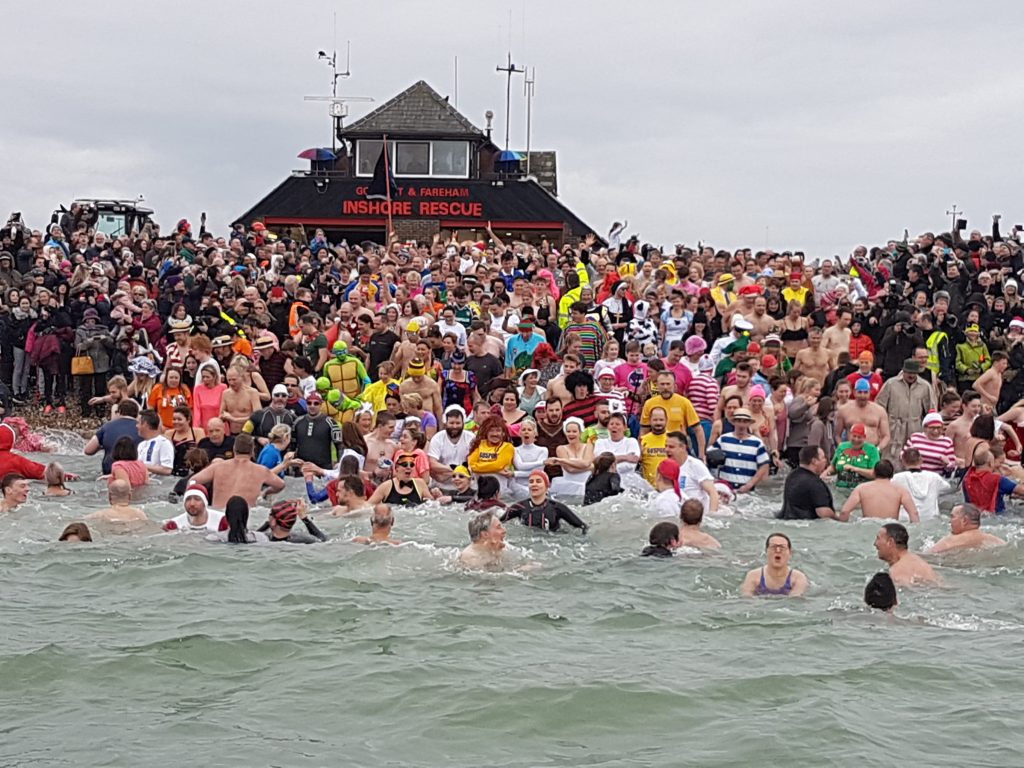 Gosport Cruising Club honorary secretary Iris Davis, who raised £100 for GAFIRS, said: “The work which GAFIRS voluntary crews undertake in respect of beach and sea emergencies is much appreciated by all of us who enjoy being beside, and on, the sea.” 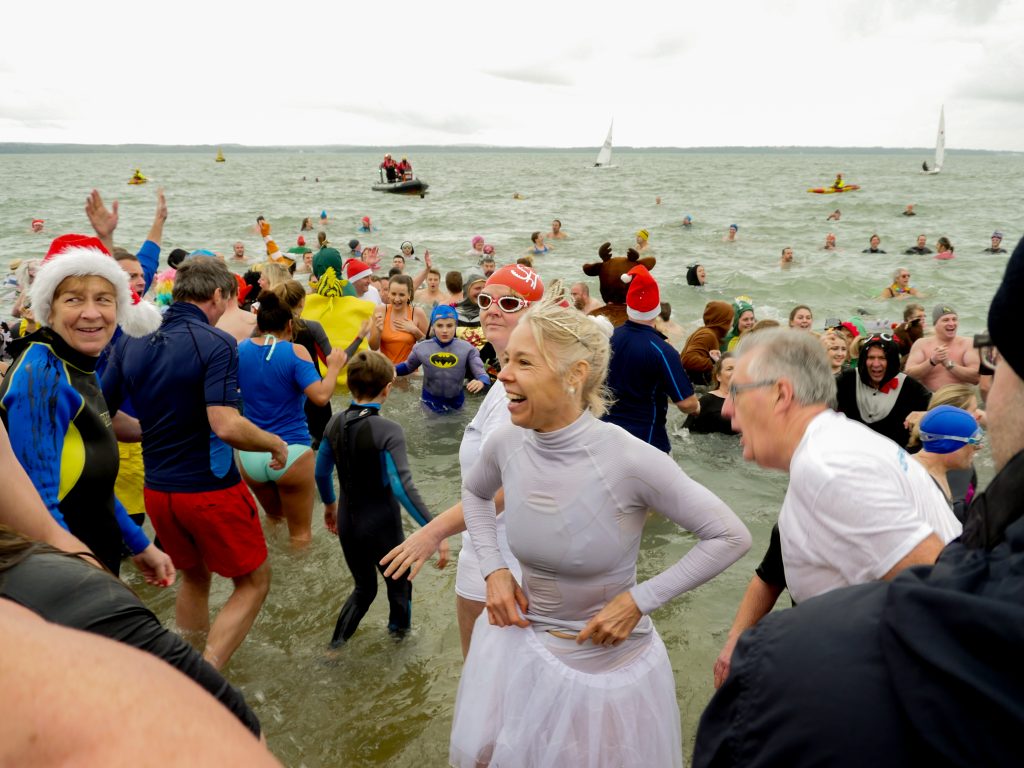 GAFIRS carried out 112 rescues in 2016 and is one of the busiest lifeboat stations in the UK. It is manned entirely by volunteers on pager call out to the Coastguard 24 hours a day, 365 days a year. Last year volunteers gave up more than 12,000 hours for the charity.

More pictures and videos can be found on our Facebook page by clicking here.