GAFIRS assist with medical emergency during busy weekend of rescues 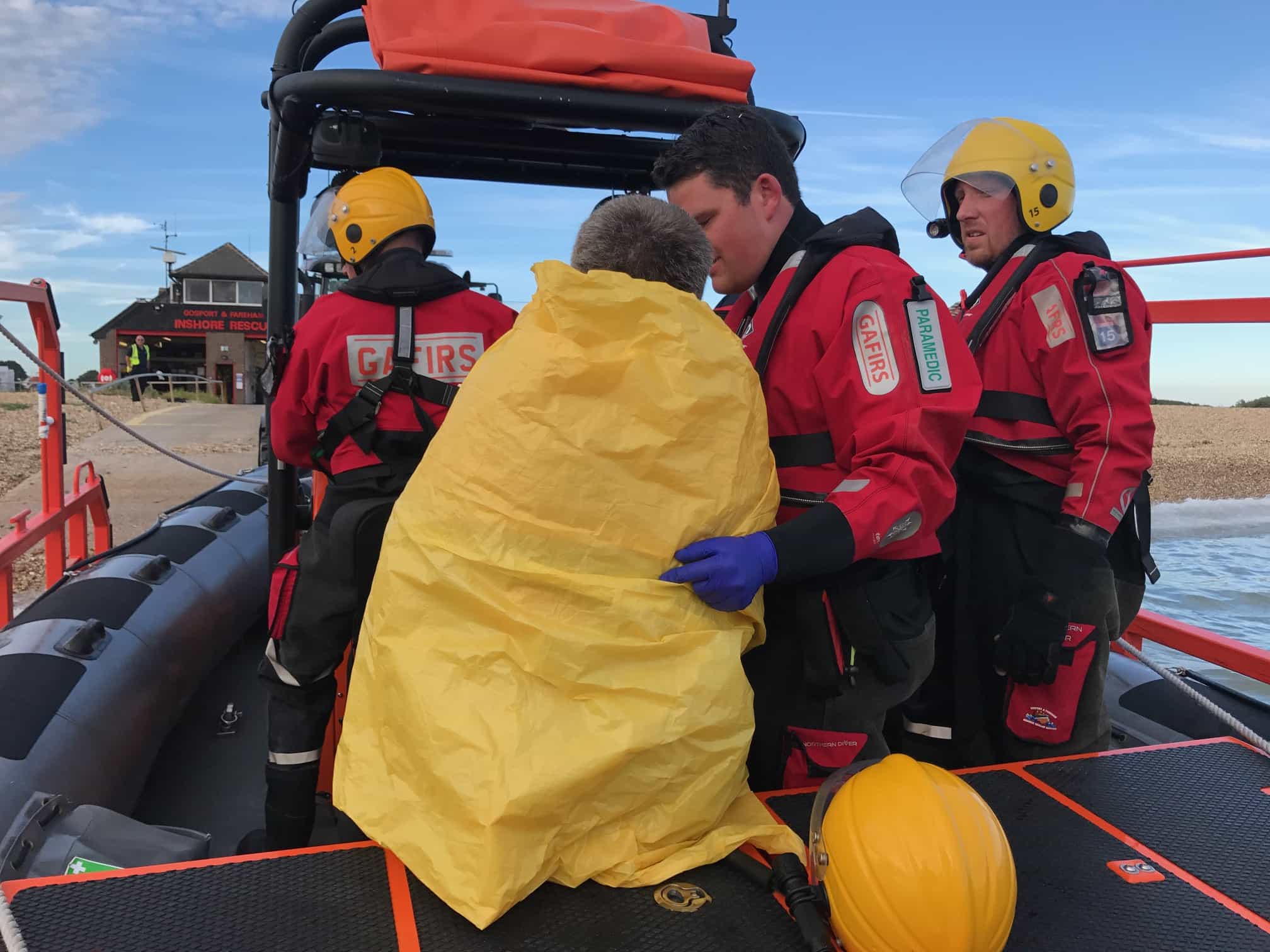 Posted at 11:43h in News by James Baggott
Share

Rescuers from an independent lifeboat station were called into action five times in less than 24 hours to assist a host of people in trouble at sea.

A medical emergency, three stricken vessels and a search following suspicious items found were tackled by Gosport & Fareham Inshore Rescue Service (GAFIRS) during a busy weekend on The Solent. 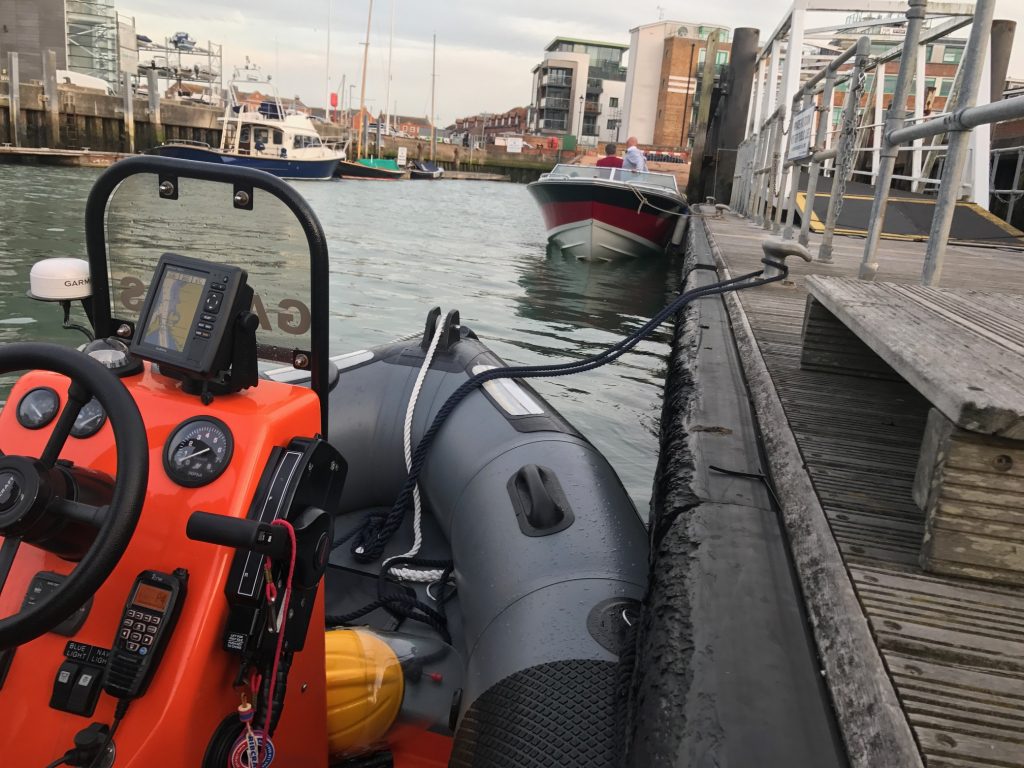 On Friday evening, at 1947, a vessel issued a Mayday distress call off Gilkicker Point when it was hit with engine failure and was dangerously adrift.

GAFIRS’ smaller inshore lifeboat was afloat training at the time and assisted a police RIB in helping the 21ft motor cruiser get safely alongside in Camber Dock. Portsmouth Coastguard Rescue Team also attended the incident to give the owners safety advice. 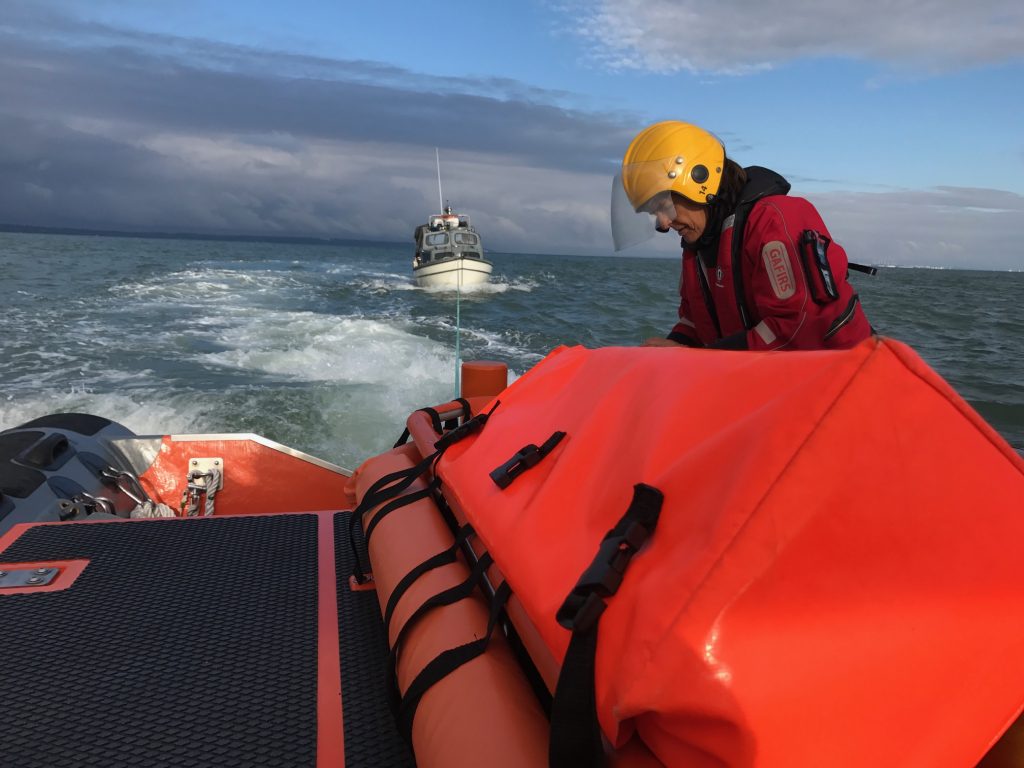 On Saturday morning, as crews mustered at Gosport Lifeboat Station for a 12-hour shift to help provide safety cover for the Round the Island Race, UK Coastguard requested Gosport Lifeboat to launch to a fishing vessel in trouble.

The craft, which had two adults and two children on board, had suffered engine failure off Gilkicker Point and its anchor was stuck fast.

GAFIRS coxswain Mike Allen said: ‘My crew boarded the vessel, checked everyone was safe and well, and were forced to cut the anchor free. We towed the vessel safely into Haslar Marina and helped the family get ashore.’

On Saturday evening, three incidents in quick succession saw GAFIRS’ volunteers spring into action. The first was a medical emergency at 1911 in Stokes Bay which saw a crew member on board a sailing vessel suffer a dislocated shoulder.

‘We placed one of our paramedic crew members on the vessel,’ explained Mr Allen. ‘He diagnosed a dislocated shoulder and shock. We transferred the casualty onto our lifeboat, recovered back at the station and placed him in the care of the ambulance service.’ 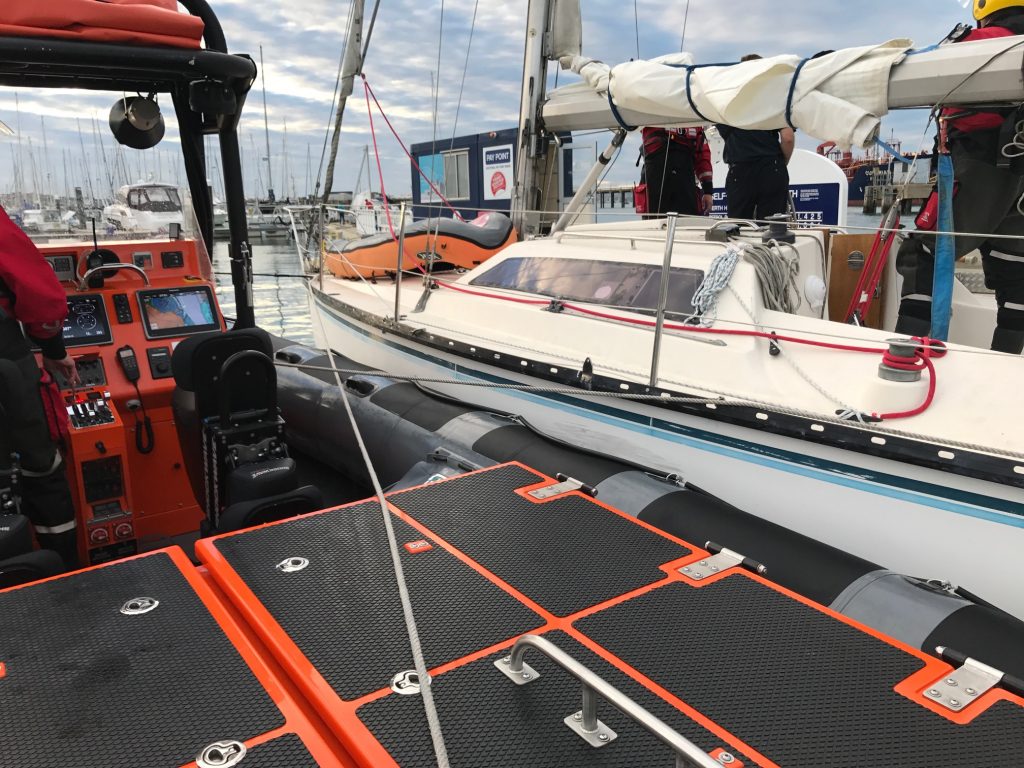 As GAFIRS lifeboat recovered to the slipway, at 1954, a Pan Pan distress call was heard on VHF radio from a vessel in trouble in Portsmouth Harbour. UK Coastguard requested the lifeboat to launch again and assist.

‘We located the vessel near Portchester Castle where the police RIB was helping to tow the vessel free of a mud bank,’ explained Mr Allen. ‘We took over the tow from the police and helped get the vessel, and its crew of two adults and a child, safely alongside at Gosport Marina.’ 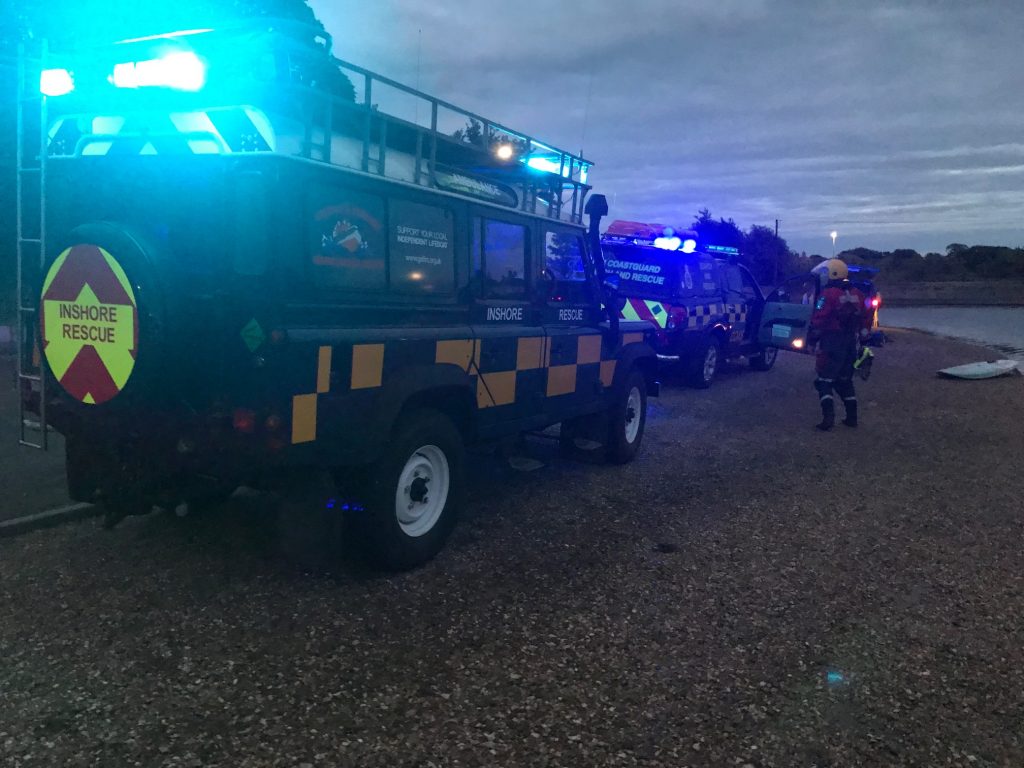 No sooner had the lifeboat returned to base were its volunteer crews called into action again when UK Coastguard paged them to assist Hill Head and Portsmouth Coastguard Rescue Teams with a search at Stoke Lake, off Little Anglesey Road, Gosport, at 2056. 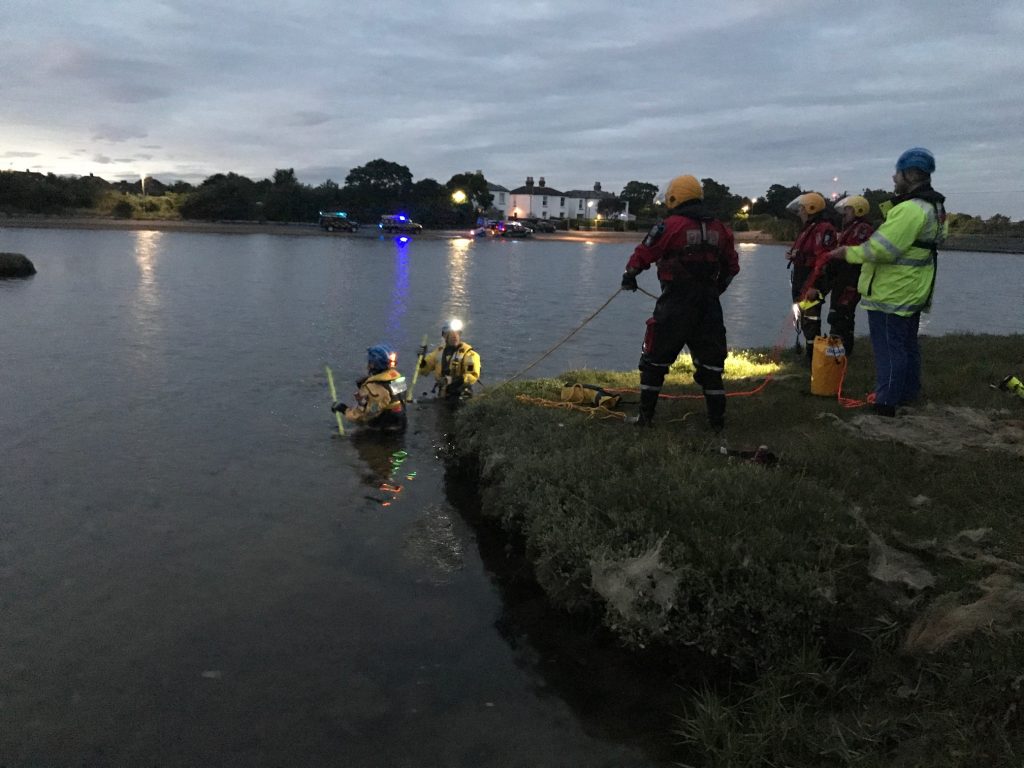 A paddle board and surf board was recovered by the Coastguard’s mud rescue team, with assistance from GAFIRS, and an extensive search of the area carried out.

📟1/7/7 tasked to surf board on island in alverstoke 2 coastguard rescue swimmers deployed to search island @gafirs for safety now all safe pic.twitter.com/T8IjbTLKx7

The incidents took the total number for GAFIRS this year up to 57. The service is completely independent of the RNLI and relies on public donations to keep it afloat. For more information visit gafirs.org.uk.

Two windsurfing boards were found in Alverstoke Creek. If you have any information please contact the coastguard or Gosport Lifeboat pic.twitter.com/G9nBReA2iT