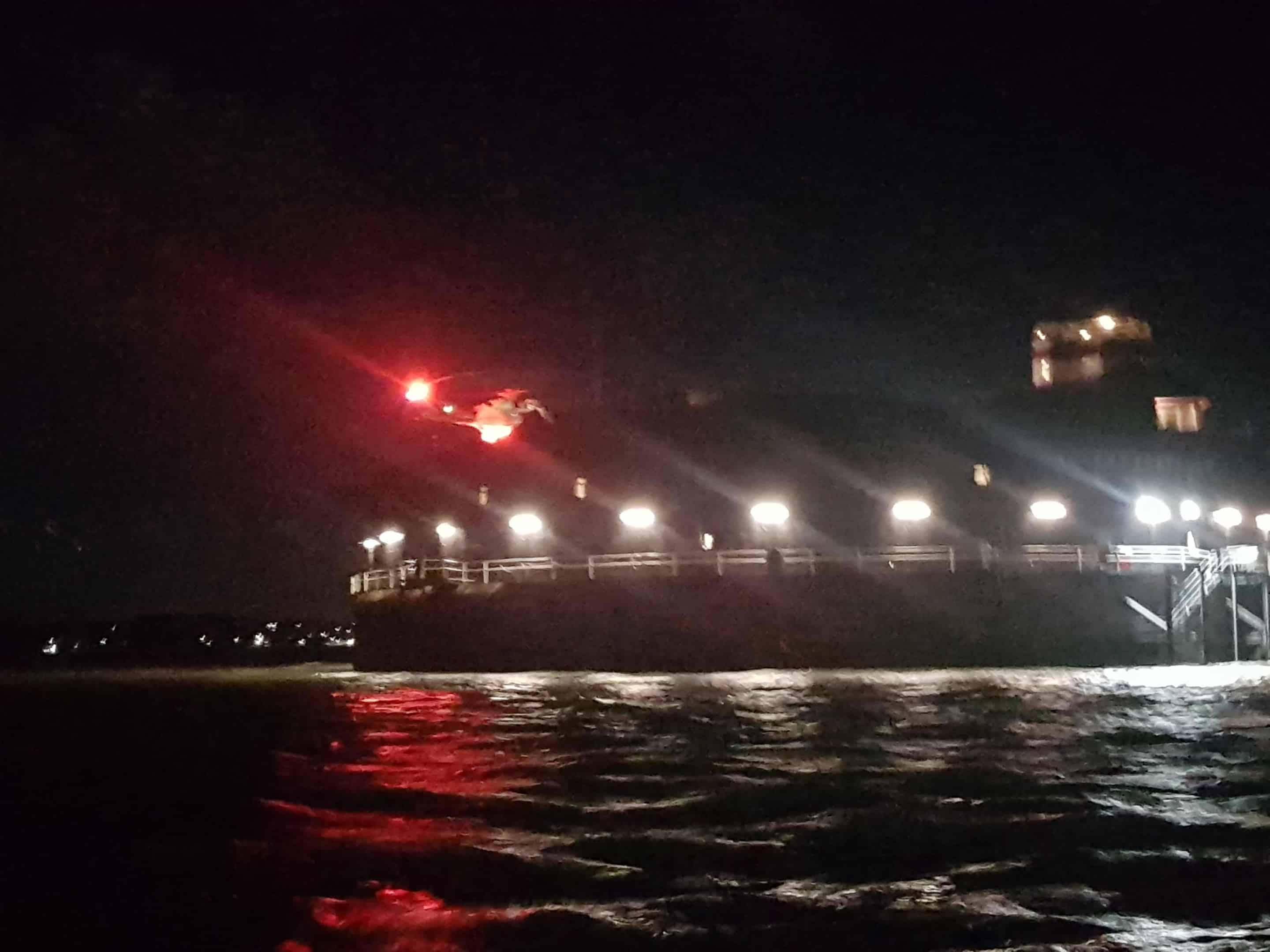 Posted at 09:29h in News by James Baggott
Share

An 81-year-old woman was airlifted to hospital after falling and breaking her arm on No Man’s Land Fort.

Gosport & Fareham Inshore Rescue Service (GAFIRS) was paged to assist the pensioner just before midnight on Sunday (March 4) at the luxury hotel.

Three volunteer crew members – one of which was a Hants ambulance paramedic – were placed on board the fort to assist the casualty.

UK Coastguard also mobilised its search and rescue helicopter, Rescue 175, based at Lee-on-the-Solent, to transfer the woman to hospital.

GAFIRS Lifeboat senior helm Brian Pack said: “We were quickly on scene at the fort and we placed our crew members on board to assist.

“Our paramedic crew member and the team were able to administer the necessary treatment, including pain-killing drugs, until Rescue 175 was able to take her to hospital.”

The search and rescue helicopter winched the casualty from the fort into the aircraft and the pensioner was airlifted to Queen Alexandra Hospital for further treatment.

GAFIRS Lifeboat then helped transport the woman’s relative to Portsmouth Harbour so she could visit the hospital.

Mr Pack added: “Incidents such as this show the importance of the work an independent lifeboat, like GAFIRS, does in the Solent. The helicopter pilots did an amazing job and their skill is to be applauded.

“We’re very proud to be able to help and wish the injured woman a speedy recovery.

GAFIRS Lifeboat is based at Stokes Bay, Gosport, and is not part of the RNLI. It is on call to the coastguard 24 hours a day, 365 days a year, and relies on the support of the local community to carry out its life saving work.