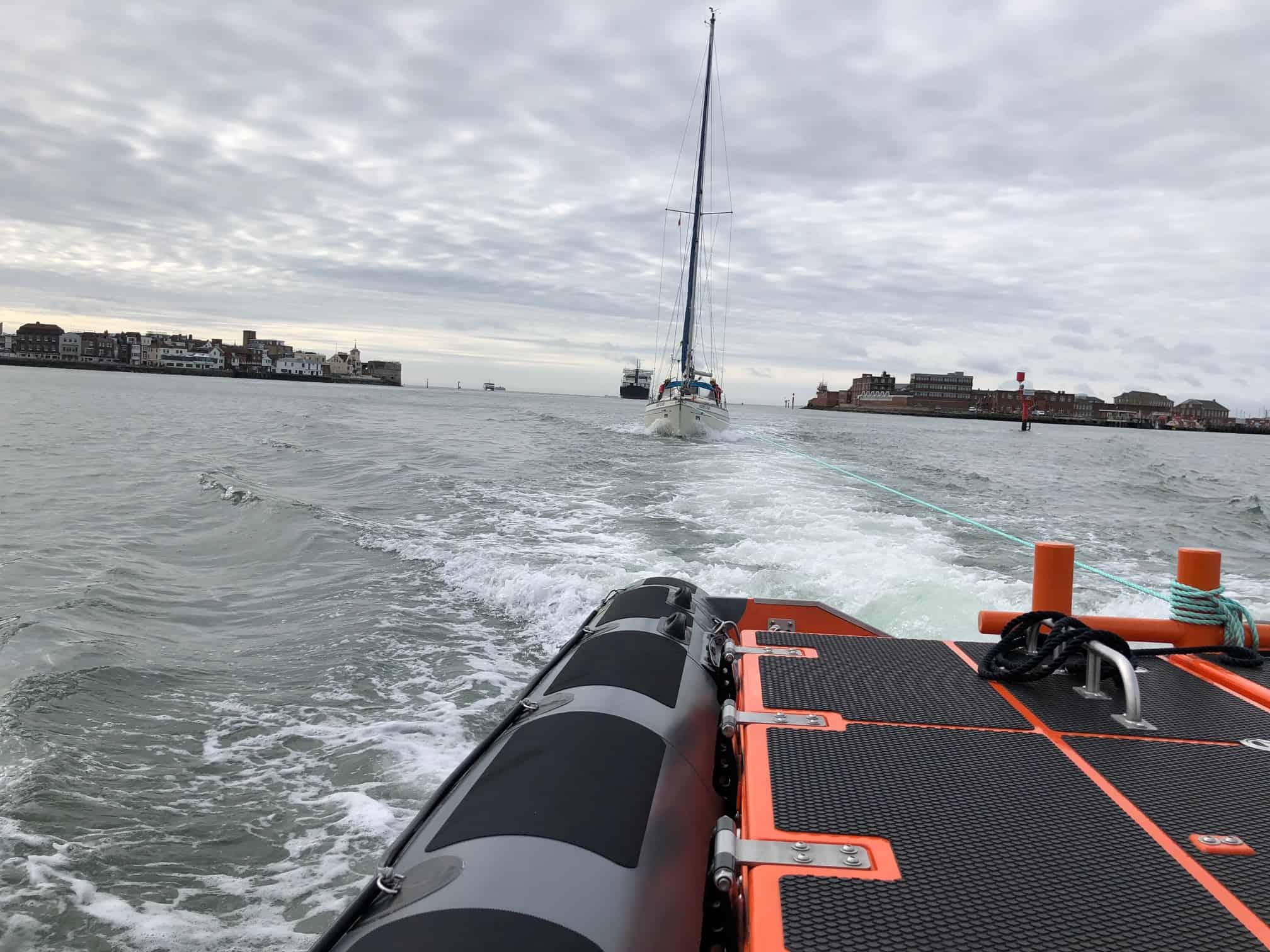 Posted at 22:25h in News by James Baggott
Share

A 40ft sailing yacht which had suffered engine failure was towed to safety by an independent lifeboat on Tuesday morning (April 24).

The vessel, which had two people on board and also had issues with its sails, was at anchor in Stokes Bay, Gosport, when UK Coastguard paged Gosport & Fareham Inshore Rescue Service (GAFIRS) to help.

GAFIRS Lifeboat was launched just after 8am and was on the scene in a matter of minutes.

Senior helm Brian Pack, who was celebrating his birthday at the time of the call-out, said: ‘We placed two crew members on board the casualty vessel who helped rig a tow line.

‘We then took the casualty vessel to a berth at Royal Clarence Marina, where it was placed safely alongside.’

📟24/4/18 Tasked to assist @GAFIRS with the recovery of a vessel into Clarence Marina. All persons safely ashore & safety advice given. The team also got the opportunity to wish Gosport lifeboat senior coxswain @BrianPackMaint a happy birthday 🎉 #SARfamily #teamwork pic.twitter.com/bT82nTqZJM

Hill Head Coastguard Rescue Team met GAFIRS Lifeboat at the marina, helped bring the vessel alongside in the berth and issued safety advice to the sailors.

The incident was GAFIRS’ 24th of the year and sixth in just over a week in The Solent. GAFIRS is an independent lifeboat and not part of the RNLI. For more information log on to GAFIRS.org.uk.