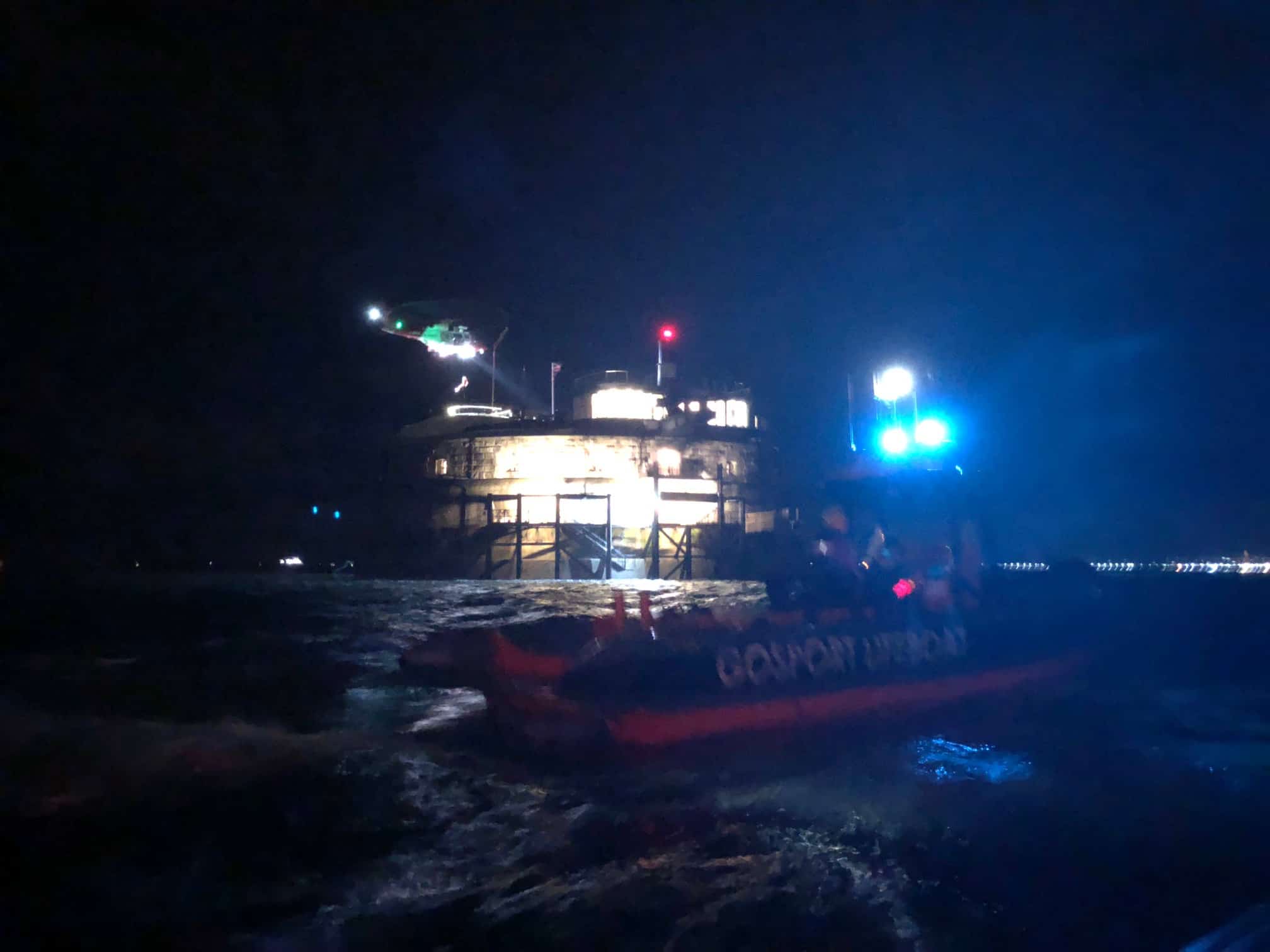 10 May Woman airlifted to hospital from Spit Bank Fort

Posted at 08:25h in News by James Baggott
Share

A woman was airlifted to hospital from a luxury hotel in The Solent after becoming seriously ill.

The 35-year-old had been at a party with friends on Spit Bank Fort when she started to drift in and out of consciousness around 10.30pm on Wednesday (May 9).

Two ambulance paramedics met the GAFIRS Lifeboat crews at the station in Stokes Bay to be transferred to the fort.

Always a fun shift at work when you get a lift from @GAFIRS to a call 🙂
Thank you for your assistance and a steady ride across – only a little damp now!#jointworking #scas999 #GAFIRS

GAFIRS’ smaller inshore lifeboat (ILB) was launched immediately to transfer two crew to the fort to assist the Coastguard Rescue 175 Helicopter, which had also been mobilised, with a high line transfer.

GAFIRS coxswain Steve Ray said: ‘The ILB was first on scene and put two crew on board the fort to assess the casualty. She had been fitting and drifting in and out of consciousness.

‘We were soon following the smaller boat up with the lifeboat and transferred two more crew members on to the fort and the paramedics.’

Last night I was part of a @GAFIRS crew that helped airlift a seriously ill woman from Spit Bank Fort. The skill of the @MCA_media Rescue Helicopter pilots never ceases to amaze me. Incredible pic.twitter.com/SuQQc6bKVX

GAFIRS crew readied the roof of the fort for the winchman, who descended and helped ready the casualty for transfer to hospital.

The woman was then airlifted to Queen Alexandra Hospital for further treatment. In total the operation lasted nearly three hours and was GAFIRS’ 28th of the year.

GAFIRS is an independent lifeboat based in Gosport and receives no funding from the RNLI. For more information visits GAFIRS.org.uk