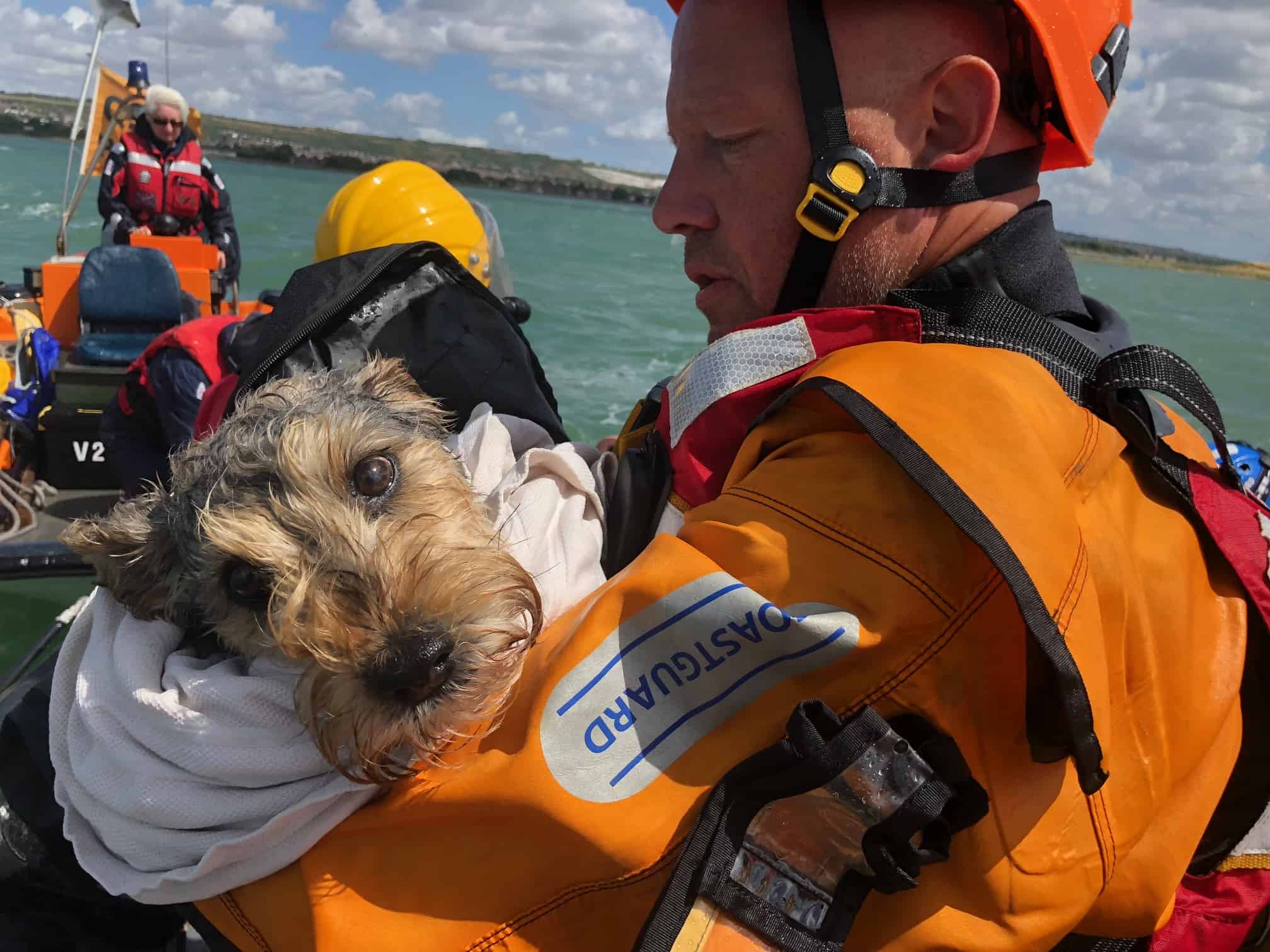 Posted at 17:43h in News by James Baggott
Share

Max – a small brindle terrier – was rescued by Coastguard and lifeboat crews on Saturday (July 28) after becoming stranded on an island in the middle of Portsmouth Harbour.

The small dog was out for a walk with its owner near Portchester Castle when he escaped on to the harbour mud and swam to Pewitt Island.

The owner struggled to coax Max back to the safety of the mainland and, not wanting to become stuck in the mud themselves, called the Coastguard for assistance. 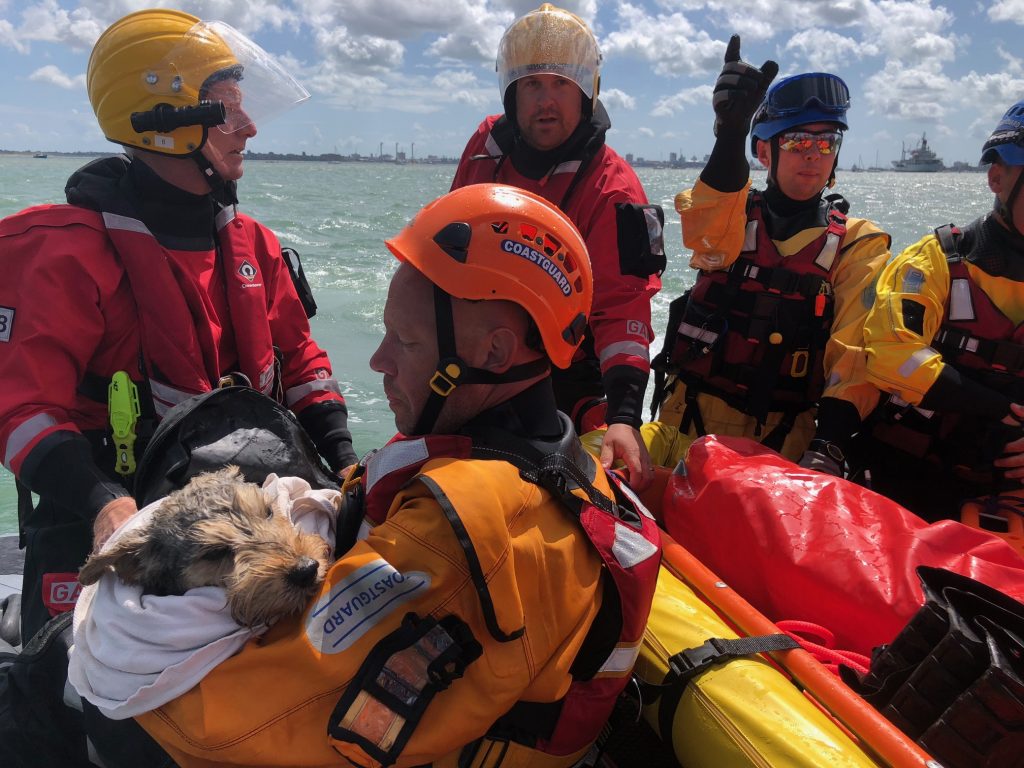 Hill Head and Portsmouth Coastguard Rescue Teams along with Gosport & Fareham Inshore Rescue Service (GAFIRS) were paged to rescue the dog around 11am.

GAFIRS Lifeboat coxswain Peter Byford said: ‘We transferred four Coastguard officers from the shore to deploy to the island with the help of one of the Queen’s Harbour Master’s patrol vessels.

‘Using a line from the lifeboat we veered the harbour patrol vessel down on to the shore of Pewitt Island where officers scooped up Max and returned to our vessel. 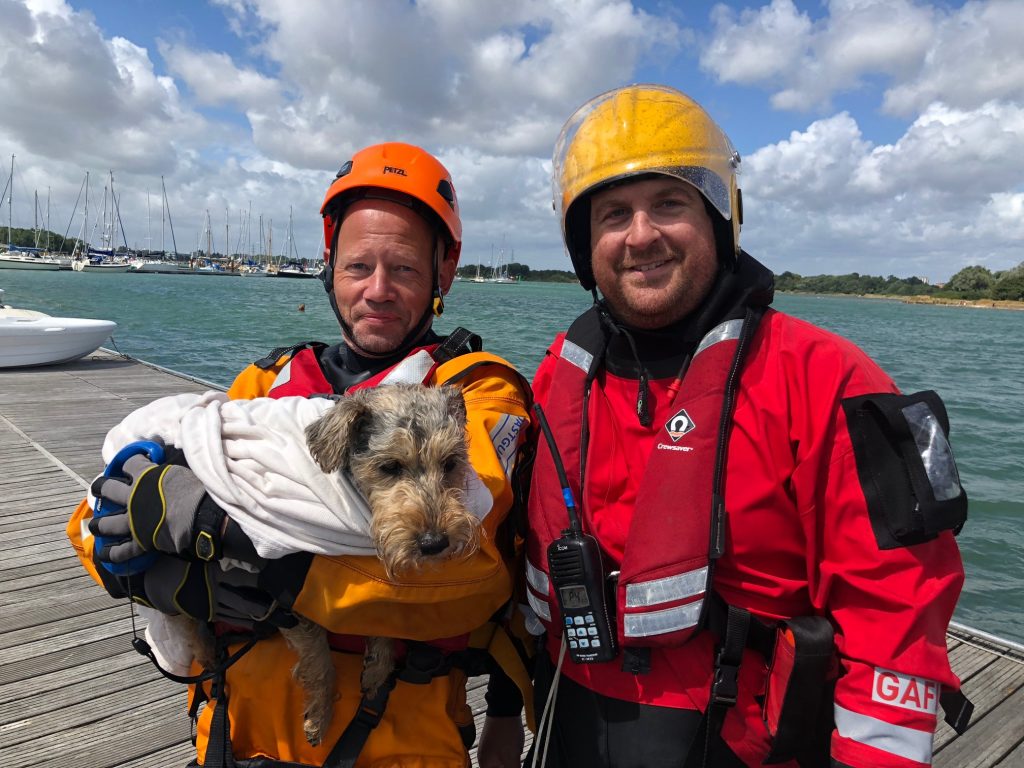 ‘The dog owner did the right thing. Calling the Coastguard to help in these situations is always better than attempting a rescue yourself and getting into more trouble. The mud in Portsmouth Harbour can be very deep and sticky and can be incredibly dangerous to wade into.

‘This was a superb, multi-agency rescue that resulted in a very happy ending – Max was rather cold and distressed, but very happy to be reunited with his owner.’

GAFIRS is an independent lifeboat, based at Stokes Bay, Gosport, and is on call to the Coastguard 24/7. The operation was the service’s 59th of the year and lasted nearly two hours.