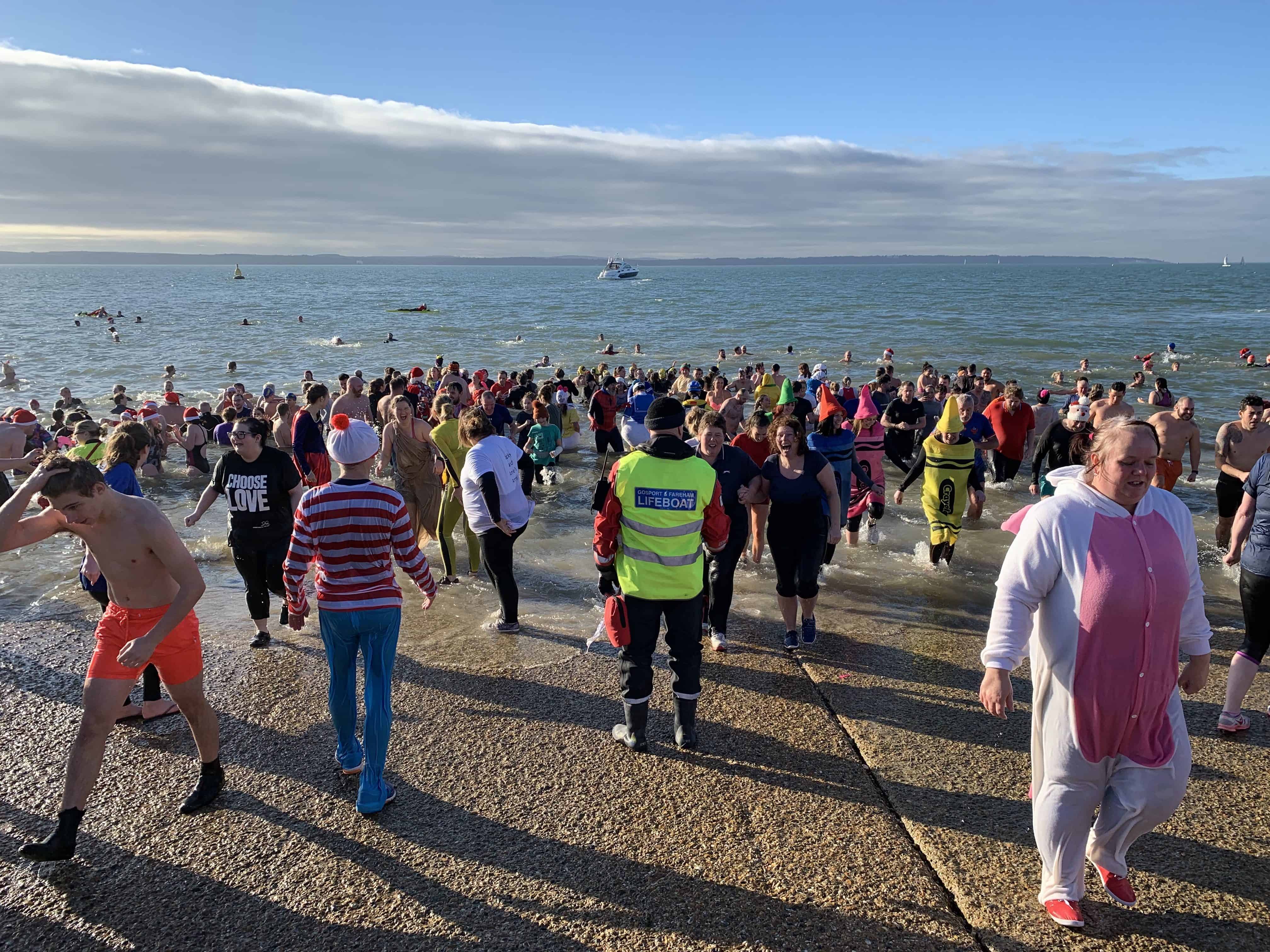 Posted at 13:44h in Uncategorized by James Baggott
Share

The huge number of swimmers – which included Superman, rugby players and Santa Claus – made a big splash when they entered the water for the charity swim at Stokes Bay, Gosport. 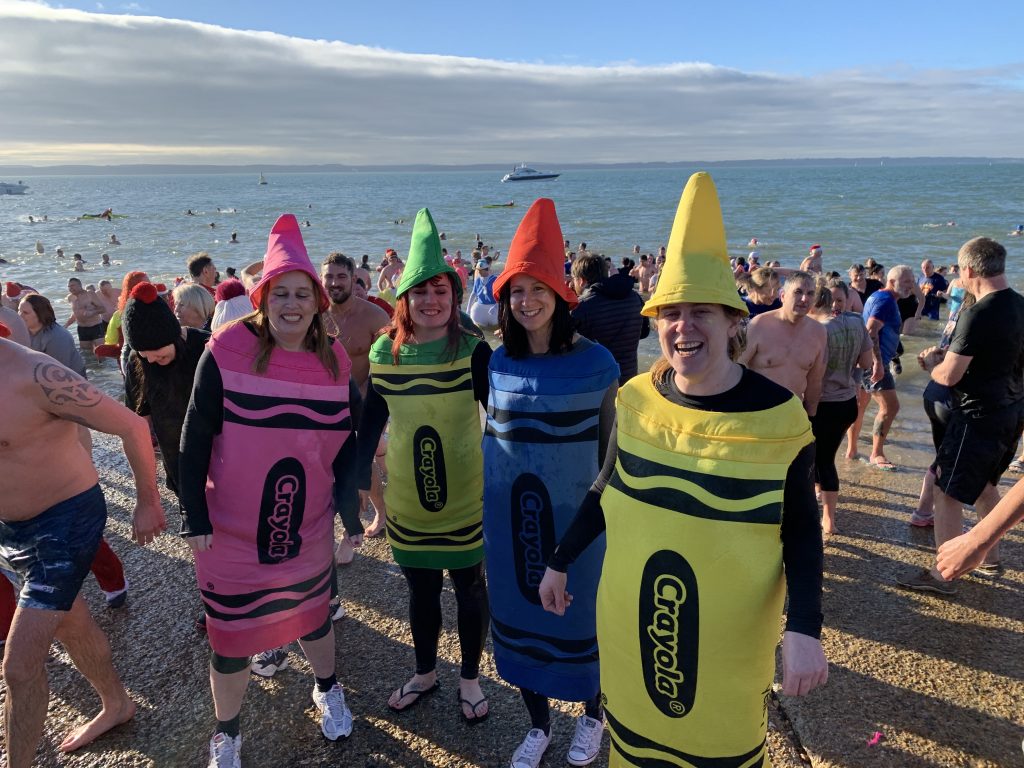 Even Gosport’s mayor Cllr Diane Furlong and the Lord Mayor of Portsmouth, Cllr Lee Mason, joined hundreds of other swimmers who took part in the annual chilly tradition.

GAFIRS community director James Baggott said: ‘In total we had more than 350 swimmers enter the water in a fantastic array of fancy dress outfits raising money for some 32 different charities.

‘It was superb to see so many people take the plunge in the Solent. I watched from the comfort of my dry suit on the lifeboat, and that was chilly enough, so I hate to think how cold it was in trunks!’ 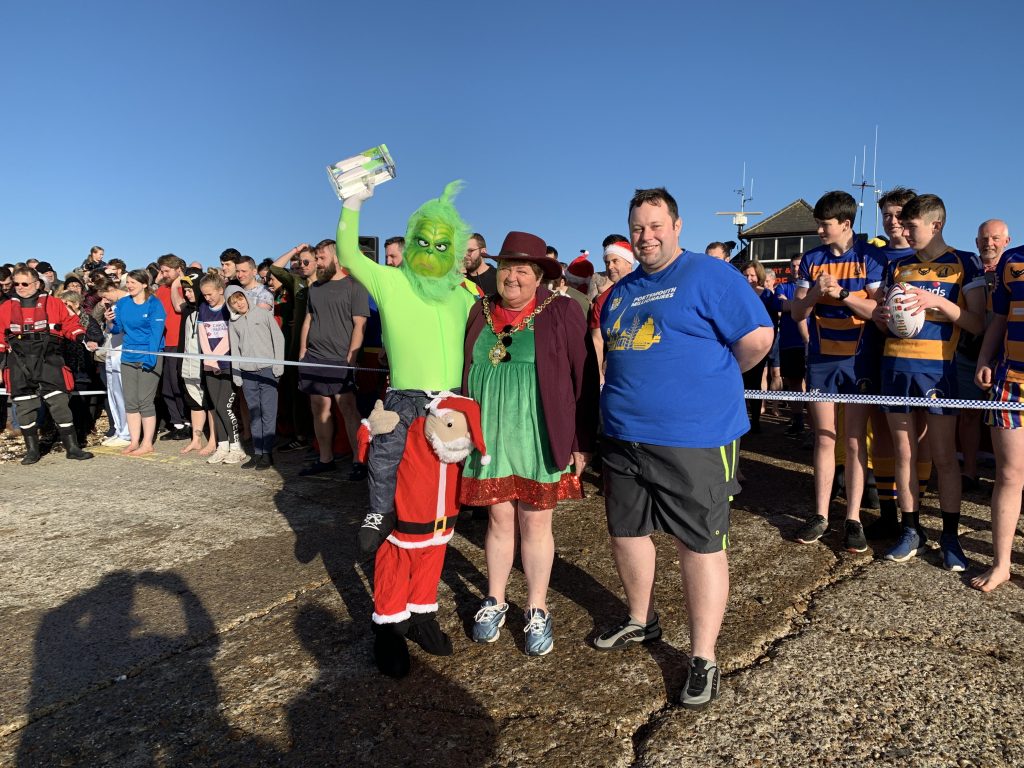 GAFIRS handed out an award to the best fancy dress on the day which went to a man dressed as The Grinch.

Event organiser Jake Robinson added: ‘We’re delighted so many people turned up on the day and special thanks must go to Gosport Fire Station for providing hot showers, The Fighting Cocks pub for providing food and drinks and Hillhead Coastguard Rescue Team for their support.’

In 2018 our volunteer crews responded to 92 jobs including:
• Persons in water: 23
• Mechanical failures: 30
• Vessels aground: 6
• Medical: 14
• Others: 19 (Inc carriers on ch16, investigating drifting or unresponsive vessels)
2019? We’ll be ready whenever you need us pic.twitter.com/Zp0sHWZLyu

In total, GAFIRS attended 92 different incidents in 2018. The independent lifeboat station is not part of the RNLI and relies on events like this to continue its lifesaving work in The Solent.