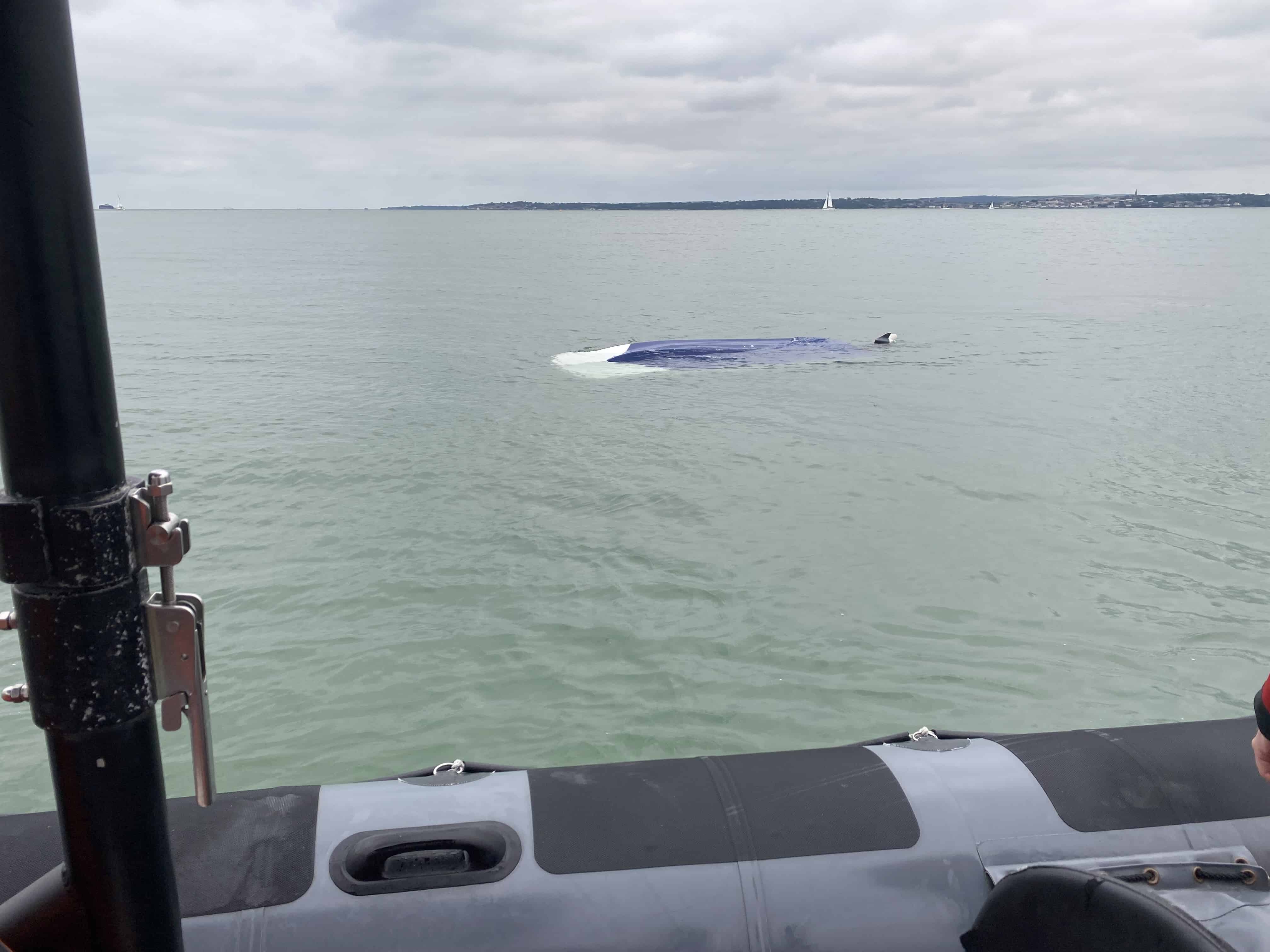 Four people were pulled from the water after their 15ft vessel sunk off Southsea.

The vessel – a small ‘dory’ style boat – was swamped by a large wave and immediately sunk half a mile from South Parade Pier around 2.45pm on Bank Holiday Monday.

All four people were thrown into the sea.

They issued a mayday distress call via handheld VHF radio calling for help.

A passing fishing vessel managed to pull two of the men from the sunken vessel out of the water and Gosport & Fareham Inshore Rescue Service’s lifeboat pulled two others from the sea.

The casualties – all men in their 30s – were suffering from hypothermia and inhalation of sea water.

They were transferred by the lifeboat to Camber Dock where Portsmouth Coastguard Rescue team and South Central Ambulance Service treated the casualties.

GAFIRS Coxswain James Baggott said: ‘The four men were very lucky that the passing fishing vessel was able to assist and the quick response of that vessel’s skipper must be applauded.

‘We were on scene within minutes of the mayday call as we were training in Portsmouth Harbour and soon able to help recover the other men from the water.

‘The skipper’s life and those of his friends was undoubtedly saved by the fact they were carrying a handheld VHF radio which enabled them to make a mayday call from the water.’

Gosport independent lifeboat, which is based in Stokes Bay, Gosport, and not part of the RNLI, later returned to recover the sunken vessel which was partially submerged and by then drifting into the Portsmouth shipping channel.

The vessel was recovered to Stokes Bay, righted by crews and water pumped out.

It was then refloated and returned to the skipper who had travelled to Gosport to pick up the vessel.

The rescue was the 88th of the year for GAFIRS, and the second incident of the day. Earlier the lifeboat assisted a sailing vessel which had gone aground on Ryde Sands.

It refloated and was checked for damage by lifeboat crews before it made its own way to Bembridge on the Isle of Wight.