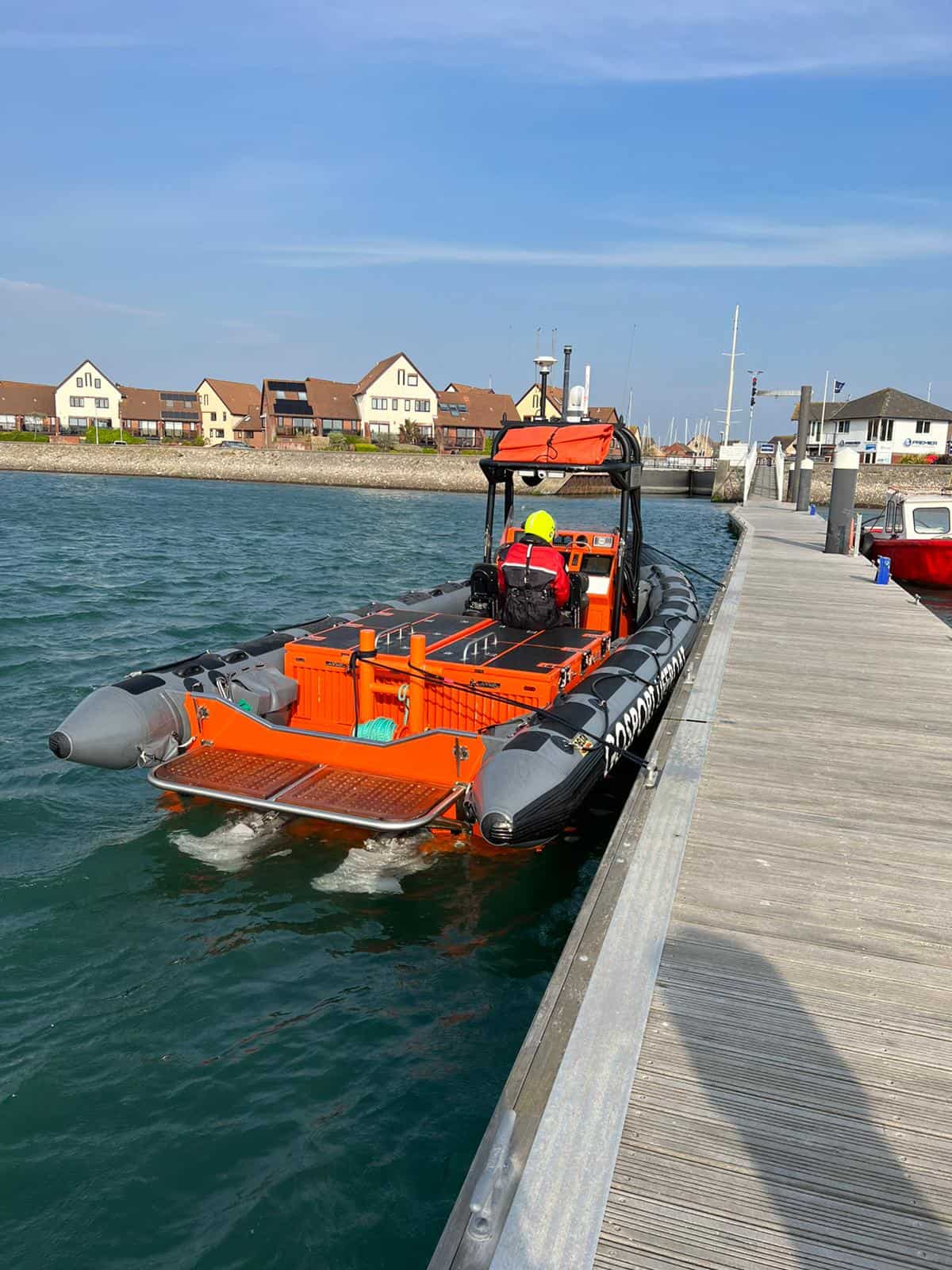 Posted at 20:34h in Callouts, News by Tom Clark
Share

Lifeboat tasked after children on paddle boards get into difficulty

The children – one 11 and one 16 – had drifted in high winds away from their parents near the Mountbatten Centre, Portsmouth.

Gosport Lifeboat, which was on station at Stokes Bay, Gosport, after two earlier incidents, was launched within four minutes of the initial call from HM Coastguard which came at 1628.

The lifeboat was on scene in nine minutes and spotted the children on the shoreline near the M275 bridge.

Two lifeboat crew were placed ashore who checked the children for injuries and then assisted them back to their parents.

Gosport lifeboat coxswain James Baggott said: ‘The initial reports were of two children in distress so it was lucky the lifeboat was on station and able to launch so quickly.

‘We were on scene in rapid time and able to locate and assist the children who were cold, scared and in a state of shock.

‘There were some tears when they were reunited with their parents, but we’re very pleased it was brought to a safe and happy conclusion.

‘Using paddle boards in high winds can quickly result in users being swept away – especially if the wind is blowing off shore, as it was today. Always wear a flotation device and have means of raising the alarm in an emergency.’

The incidents happened in quick succession earlier on Saturday afternoon and both vessels were towed to deeper water by the lifeboat.