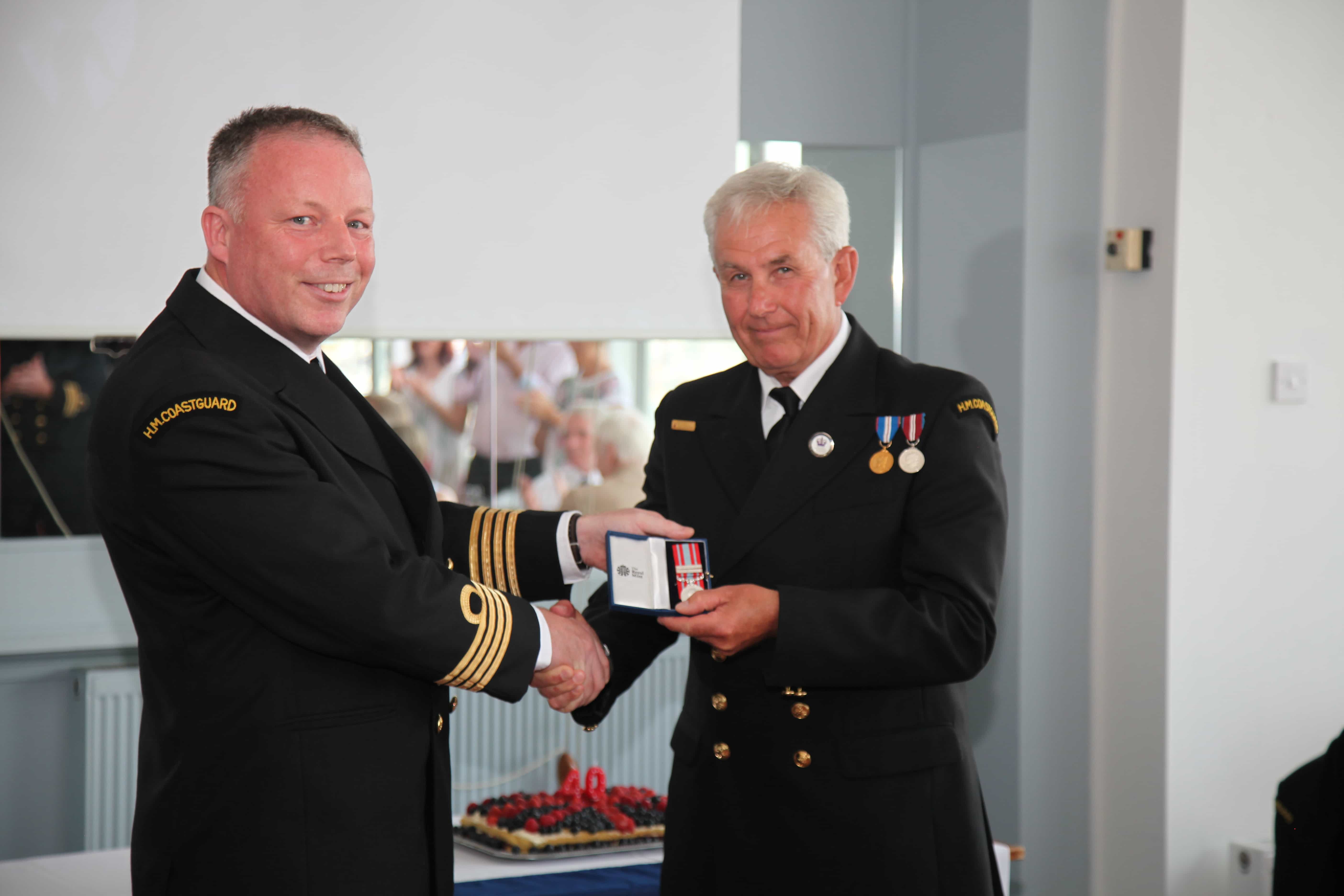 Posted at 10:23h in News by James Baggott
Share

A volunteer lifeboat coxswain has been recognised for dedicating 40 years to saving lives at sea for HM Coastguard.

Peter Brown, 65, a helm for Gosport & Fareham Inshore Rescue Service (GAFIRS) and a volunteer for Lymington Coastguard Rescue Team, was presented with the esteemed 2nd clasp to the Long Service and Good Conduct Medal at a ceremony recently.

At the special celebration, the Gosport Lifeboat helm – who was formerly chairman of GAFIRS – was honoured for his incredible long service. 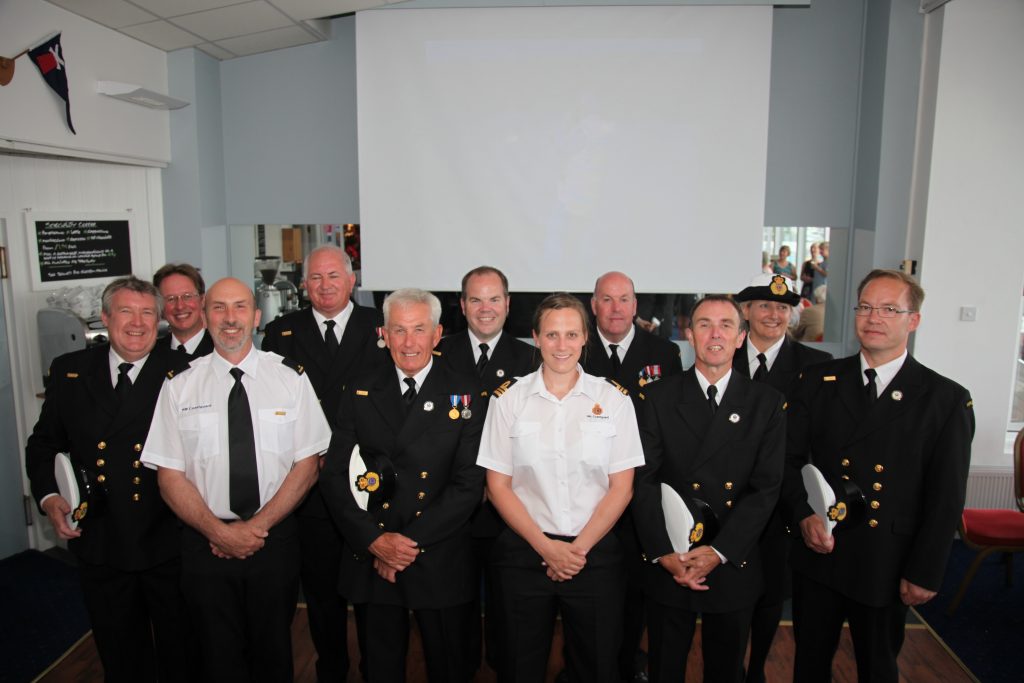 Mr Brown said: ‘It has been my absolute pleasure to work with so many teams over the years and even today I feel lucky to have worked with what I think are the three best operational teams in the UK: The Lymington Coastguard team, the Gosport Independent Lifeboat crew and the whole UK search and rescue team.

‘This medal should really be going to my wife Alison, who, as my two sons will testify, is a real driving force behind the man. Over the last 40 years I have dragged her all over the country, woke her up at silly o’clock for emergency pager calls, and bored her to tears with my silly excuses for being late.’

Presenting the medal, Chris Enright, divisional commander of HM Coastguard, said: ‘Peter is a generous coastguard – the fact that he has been involved in this organisation for 40 years is quite humbling.’

Mr Brown has been a coxswain at Gosport independent lifeboat for 10 years and in that time has saved countless lives, launching on service to a huge number of people in distress.

He also spent several years as chairman of the charity, based at Stokes Bay, Gosport, too. 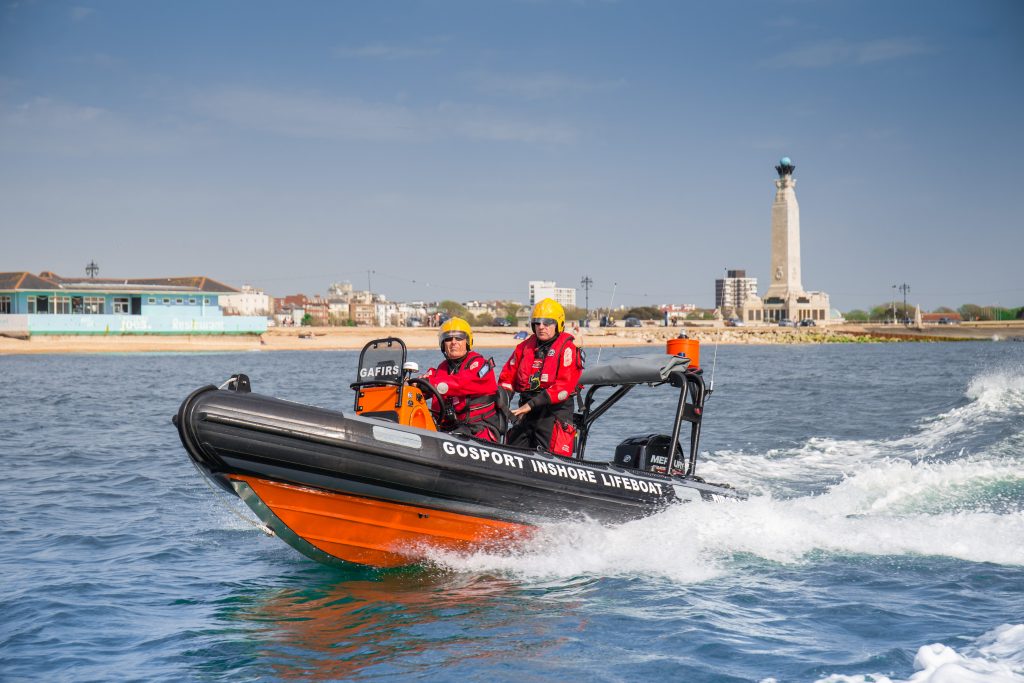 Current chairman Keith Thomas added: ‘Peter (pictured above in Gosport ILB) has made a huge contribution to GAFIRS in his time here and continues to helm the lifeboat, commuting for duty days from his home in Lymington. His skills and knowledge have helped train many of our crew today and this medal is incredibly well deserved.’

GAFIRS is completely independent of the RNLI and relies on public donations to keep it afloat. For more information visit gafirs.org.uk.