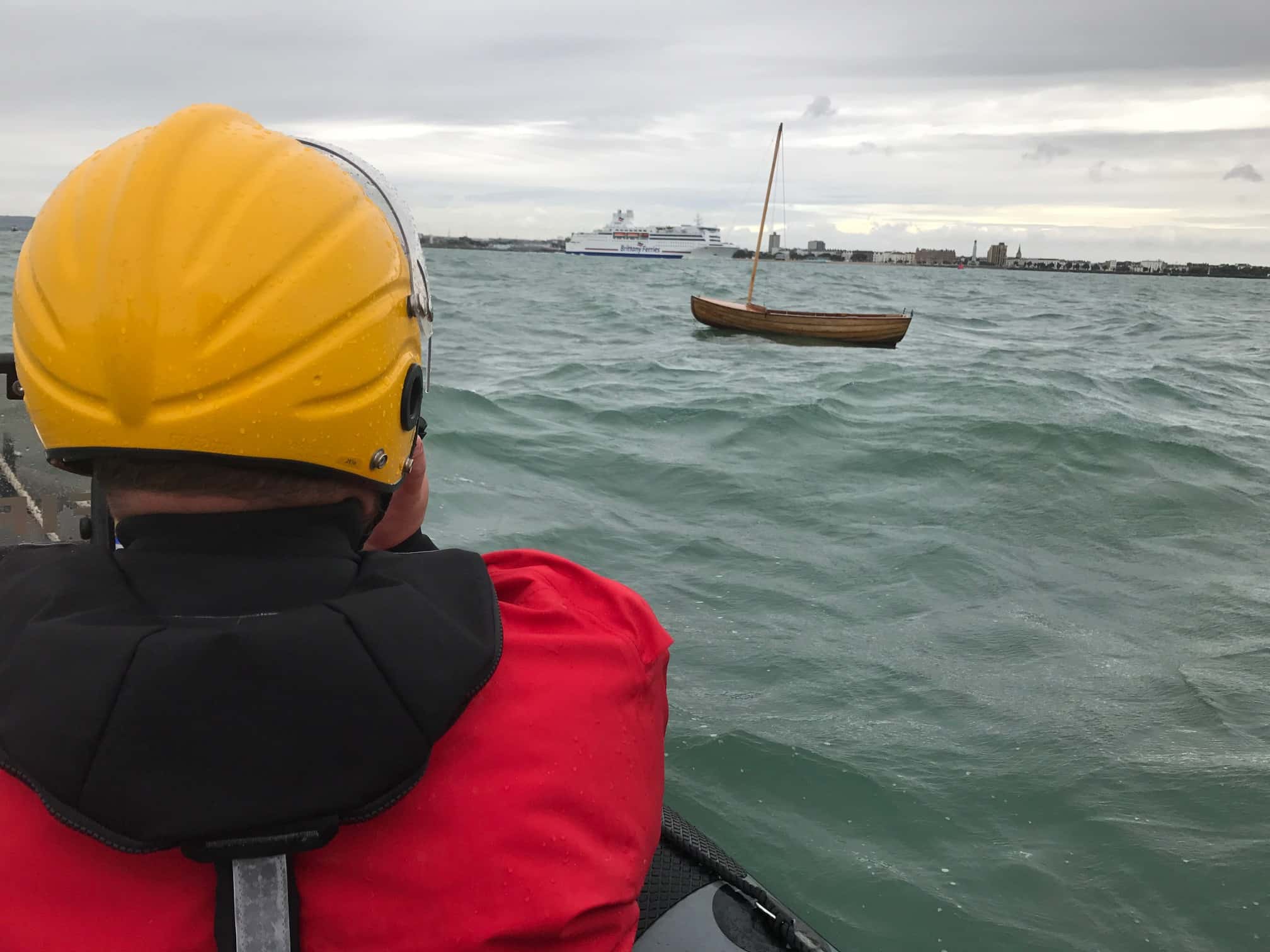 Posted at 15:11h in News by James Baggott
Share

Rescuers were paged by UK Coastguard to investigate reports of a mystery unmanned vessel adrift in the approaches to Portsmouth Harbour.

Gosport & Fareham Inshore Rescue Service (GAFIRS) was called by UK Coastguard at 0800 on August 2 to reports of a 12ft wooden sailing dinghy drifting outside the harbour entrance.

GAFIRS’ smaller inshore lifeboat was launched and located the vessel north of Spitbank Fort, just outside the main shipping channel. 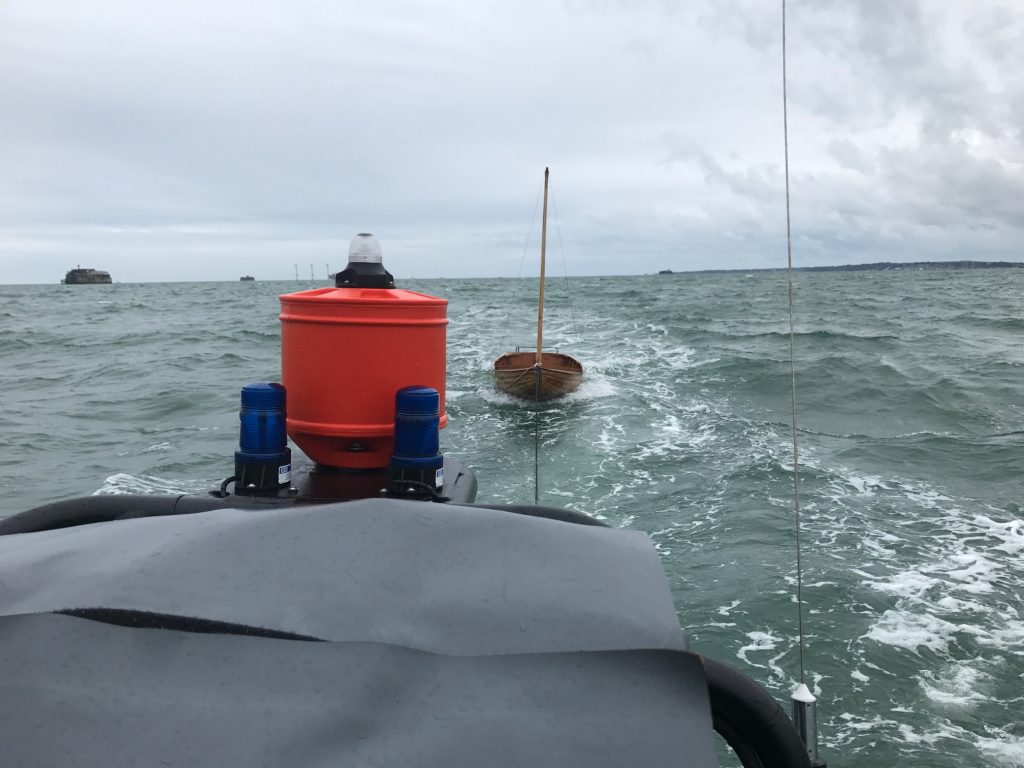 GAFIRS ILB coxswain Chris Newbrook said: ‘The craft was on a course to drift into the paths of the large vessels entering and exiting the harbour. We quickly placed it under a stern tow and then headed towards the sheltered waters in Portsmouth.

‘As we entered the harbour, the rough seas and wake from ferries swamped the boat and it began to sink. My crew and I managed to right the craft using a little more speed to drain the water and we took it safely to Hardway.’ 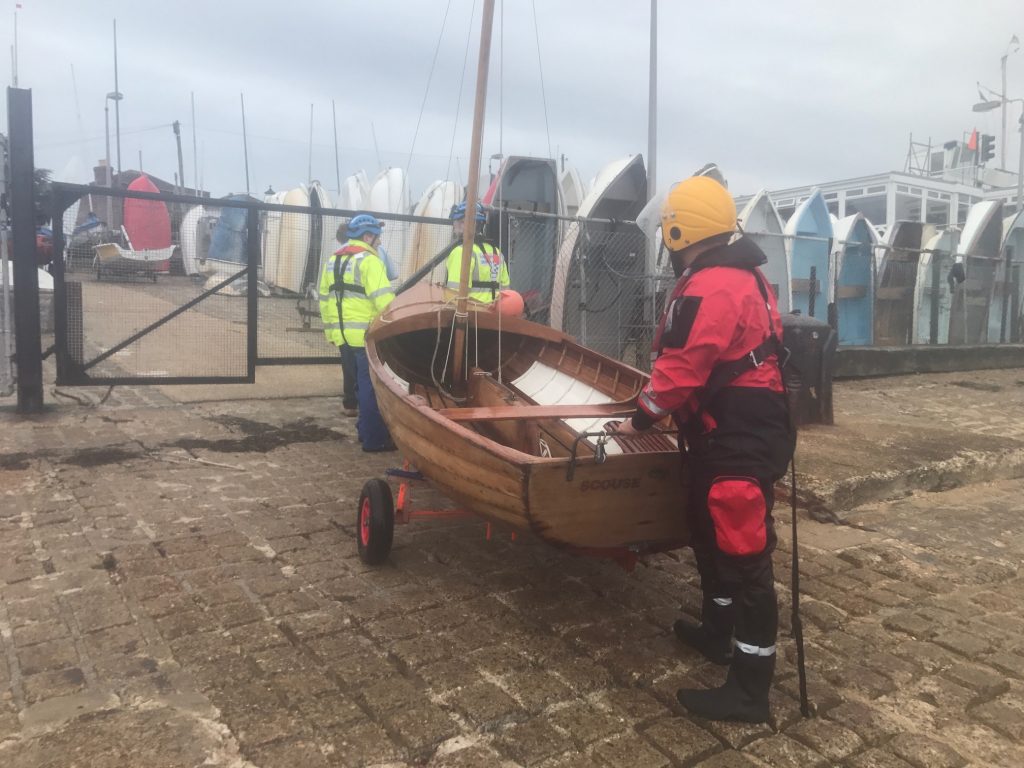 Hillhead Coastguard Rescue Team met GAFIRS at Hardway Sailing Club and helped recover the dinghy. The Costguard is attempting to reunite the boat, believed to have slipped its mooring at Bembridge, on the Isle of Wight, with its owner. In total the incident last three hours.

On August 1, GAFIRS was called into action twice by UK Coastguard.

The first came at just before 8am to investigate a carrier broadcasting on the emergency distress VHF channel 16. Gosport independent lifeboat attempted to locate the carrier using directional finding equipment on board, but it stopped not long after launch.

Then, at 1800, the volunteer crews were paged by UK Coastguard to assist with a search for a vulnerable missing person. After a four-hour coastline search, the missing person was found by police safe and well.

The incidents took the total number attended by GAFIRS this year up to 68.

Anyone with any information about the drifting dinghy should contact UK Coastguard on 023 9255 2100.