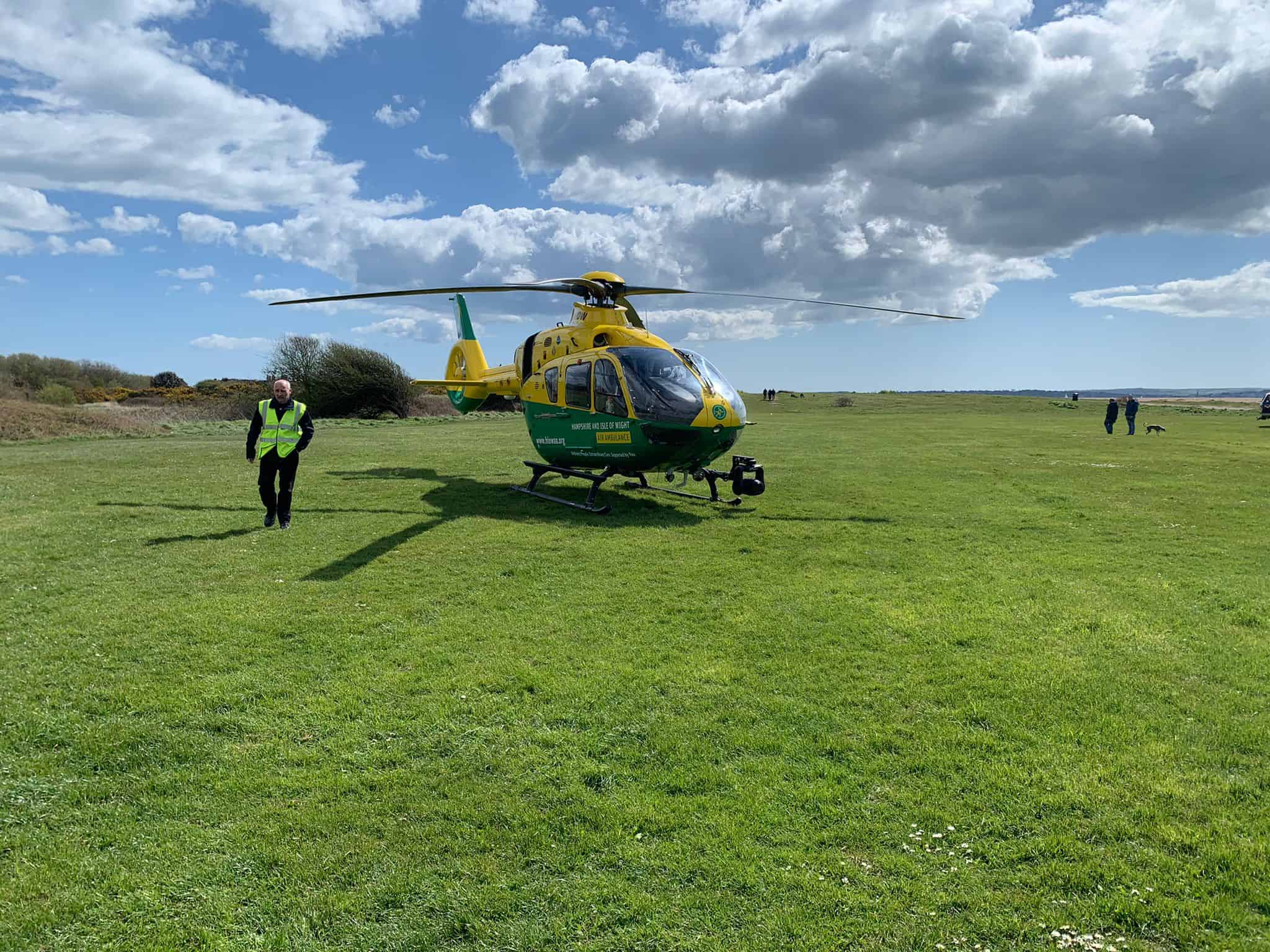 Posted at 21:05h in Callouts, News by Tom Clark
Share

On Saturday 9th April the Crew from Gosport Lifeboat swapped the sea for a field as they responded to a Medical Emergency on land near the Lifeboat Station.

Gosport Lifeboat had been afloat training for less than 30 minutes when, at 11.40am, the crew were contacted by Solent Coastguard and asked to return to station as they had a Paramedic on board and attend a medical emergency near the boathouse. The Lifeboat made best speed back to Stokes Bay and deployed their Paramedic crew member, Landrover and shore crew to the field adjacent to the station.

Shortly after Teams from Hill Head Mobile CG Unit arrived on scene and were followed by an Ambulance crew from South Central Ambulance Service. With the Emergency crews on scene working hard to immobilise and manage the patient’s injury, it became apparent that due to the severity of the patients pain, further pain relief was required and the team on scene requested assistance from the Critical Care Team who sent the Hampshire ans Isle of Wight Air Ambulance as it was in the vicinity.

With the Air Ambulance on scene, the patient was stablislised and transferred to Queen Alexandra Hospital by road.

A huge thank you to the public and all the Emergency teams on scene for their support.