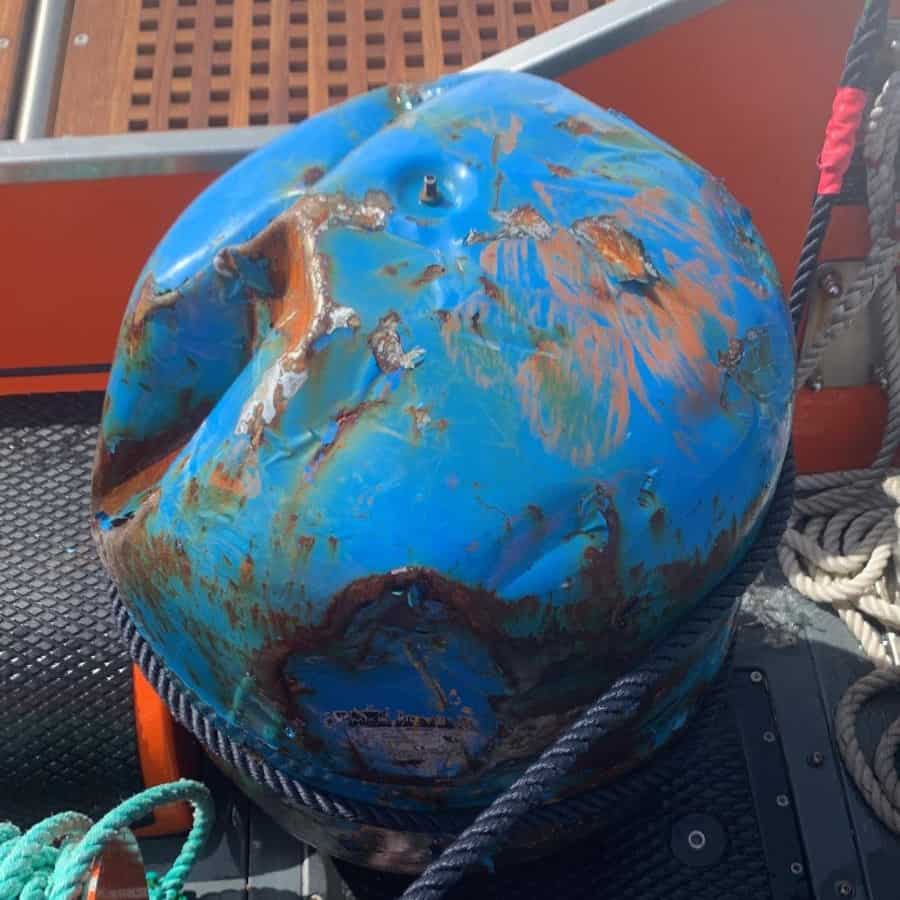 Posted at 21:34h in Callouts, News by Tom Clark
Share

On Saturday afternoon, whilst out training, our shore team came aross a member of public needing medical assistance in Lee On The Solent. Our Lifeboat, which was nearby, dropped off crew members with additional medical equipment and assisted until an Ambulance arrived.

Shortly afterwards, the Lifeboat was contacted by the Coastguard asking if they could investigate reports of an object in the water near East Knowle Buoy. Once on scene, the Lifeboat confirmed that it was an old pressurised tank (pictured), but did not pose a danger/pollution risk. We collected the tank and returned it to shore for disposal.