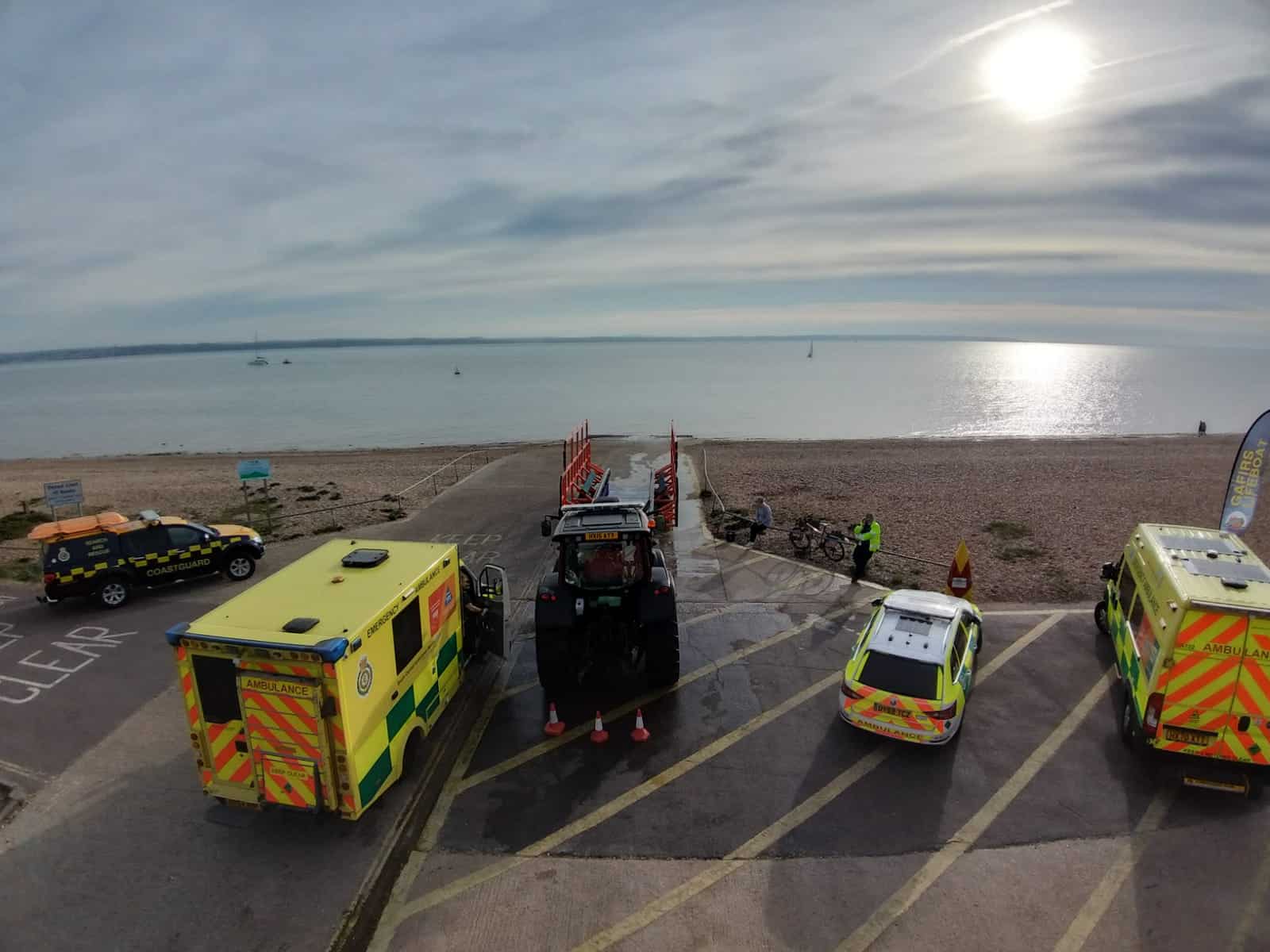 Posted at 15:30h in Callouts, News by Tom Clark
Share

Two children have been rescued from the Solent after drifting away from a vessel they were swimming from.

At 5.08pm on Sunday, members of the Hill Head Coastguard Rescue Team were visiting Gosport Lifeboat station when they witnessed an incident unfolding not far from the launching slipway of the Station. Two children were enjoying a swim in the warm weather when the current started to pull them from the vessel they were from. With the water at 9 degrees, they started to struggle as the cold set in. The members of the Coastguard Rescue Team immediately alerted the volunteer crew at the Lifeboat Station, who were still on watch from their duty day, whilst the Yacht had issued a DSC MAYDAY call asking for immediate help.

With one child now 60m away from the yacht and the other around 100m due to the strong current, the Gosport and Fareham Independent Lifeboat was immediately launched and within 8 minutes of the original call, had both children out of the water and in the safety of the Lifeboat. With both children suffering from shock and exposure to the cold water, medical assistance was requested from South Central Ambulance Service, who sent multiple vehicles to the scene.

A crew member said “had the lifeboat station not been open with crew in attendance, this incident could have been a lot worse for all concerned”

With both children and their mother safely ashore, two crew members from the Lifeboat were placed on board the Catamaran to assist the skipper with his transit to Haslar Marina, in Portsmouth Harbour, where a second unit from Hill Head Coastguard Rescue Team met them to assist with berthing.

The Crew went on to say ‘it’s so important to take precautionary steps when enjoying the water; knowing the weather and tides and ensuring that you are suitably dressed, as it is easy to underestimate the speed at which the cold water can limit a swimmer’s ability.’

This was the 20th incident so far in 2022 and just one of multiple over the busy bank holiday weekend for the GAFIRS Crews.